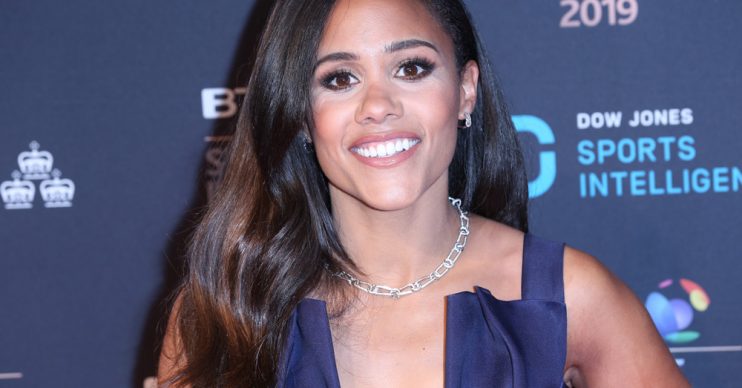 We know Alex Scott has the skills

Former England international and Arsenal footballer, Alex Scott, 34, has been announced as one of the final contestants to join 2019’s edition of Strictly Come Dancing.

Alex spent most of the summer following the Lionesses’ brilliant run at this year’s Women’s World Cup, and she now has her sights firmly on that Glitterball trophy.

It was alleged today in The Sun that former rower James Cracknell, actress Anneka Rice and radio DJ Dev Griffin would complete this year’s line up.

After Alex’s involvement in the programme was revealed, she revealed that is “terrified” at the prospect of having to step outside of her comfort zone.

She said: “I am absolutely buzzing to be signed up to Strictly. It’s the show I’ve always wanted to do and I can’t believe I’m finally going to be part of it.

“I’m super excited, but also terrified at the same time… the football pitch is a bit less glam than the ballroom, but I’m ready to try the sequins and dresses! Bring it on!”

The former footballer has been making quite an impression as a TV pundit of late, and has since gone on to appear on both the BBC and Sky Sports as one of their football experts.

Last August she became the first female Sky pundit ever on an edition of Sky Sports’ Super Sunday programme.

She was also a brilliant addition to the BBC World Cup Commentary line up and became one of the very first women football commentators on the channel.

It’ll be interesting to see how Alex fairs on the programme, but it wouldn’t be surprising if she becomes one of the favourites to win given her sporting background.

Sports stars have done well on the programme in the past and their competitiveness gives them a bit of an edge over some of the other contestants.

However, she’ll have the likes of James, who’s won two Gold medals at the Olympics and isn’t afraid of a little competition, to deal with.

James was tipped to compete in last year’s edition of the BBC’s hit show, but he was reportedly banned from joined by his now ex-wife, Beverly Turner.

It was reported that she was worried about what’s often referred to as the ‘Strictly Curse’, and she didn’t want him joining the programme due to her fears that he would end up falling for his dancing partner on the show.

Strictly Comes Dancing will be back on our screens this autumn.

How do you think Alex will fair on this year’s edition of Strictly Come Dancing? Leave us a comment on our Facebook page @EntertainmentDailyFix and let us know.