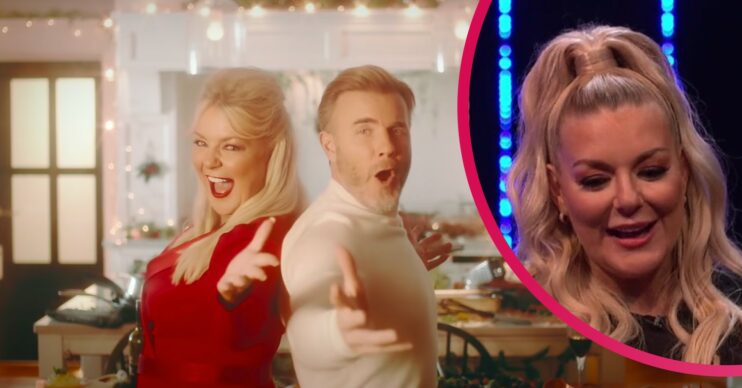 The star's exit from the show has left BBC bosses "gutted"

Sheridan Smith has reportedly thrown this year’s Strictly Come Dancing Christmas special into chaos after pulling out of the show just days before filming is meant to start.

The 40-year-old star was meant to be performing her new Christmas song alongside Gary Barlow on the show before her exit.

Why has Sheridan Smith backed out of Strictly?

Sheridan and Gary have recently collaborated on a new Christmas song. The singers performed it on The Jonathan Ross Show on Saturday, November 27.

However, plans for the pair to perform the song on Strictly are now apparently in chaos after Sheridan pulled out of the show at the eleventh hour.

Meanwhile, a production source told The Sun that the BBC is disappointed with the news about Sheridan Smith’s exit.

According to the source, BBC bosses received notice “late in the day” that Sheridan backed out of the show.

“So it’ll just be Gary [Barlow] performing on his own,” they said.”They’re [BBC] gutted.”

ED! has contacted reps for Sheridan and Strictly for comment.

Who else is appearing on the Strictly Christmas special?

Elsewhere, the BBC had announced Sheridan and Gary as one of two “very special performances” in the Christmas special. Jamie Cullum is the other music act on the show.

Meanwhile, the reports of Sheridan leaving the Christmas special in chaos comes during a couple of weeks which saw her involved in a “horror” car crash.

The former Gavin and Stacey star was reportedly involved in a car crash just yards from her own Essex home that left her “lucky to be alive”.

A mixture of icy roads and strong winds saw Sheridan’s car leave the road and crash into a tree. Sheridan’s boyfriend was also in the car at the time of the accident.

However, reports claimed that the star luckily walked away without any major injuries.