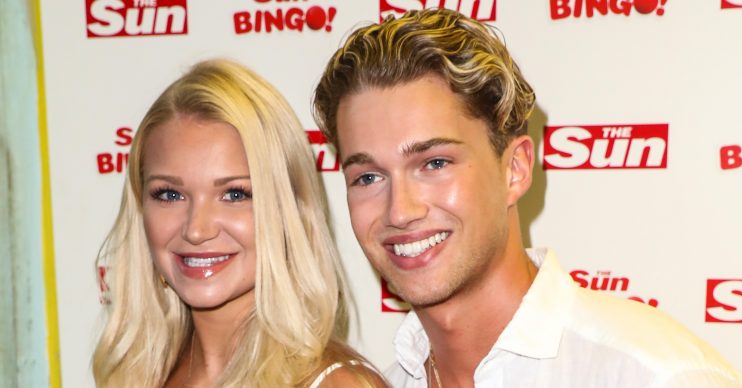 You've got the wrong blonde, people!

He is currently wowing the judges with his electrifying performances alongside Saffron Barker on Strictly Come Dancing.

However, AJ Pritchard has revealed that performances is all that the routines are.

He has shut down rumours of a love affair with the influencer and said that he is blissfully happy with girlfriend Abbie Quinnen.

Chatting to OK!, he said the public had got the wrong blonde.

He said: “Everyone wants to know about my relationship status, but I’m very happy with Abbie. It gives me a different outlook on life as I’ve always worked hard, but now I also have a personal life, too. Abbie’s brought balance to my life.”

AJ also hit back at his recent chat with GMB host Piers Morgan, who asked if he and Saffron were “at it”.

“You know you’re going to be asked certain questions, even when you say you don’t want to answer. When it comes to that sort of thing it doesn’t really bother me because I know who I am, so does Abbie,” he said.

Abbie also revealed that she hopes AJ and Saffron stay friends after their time on the BBC show comes to an end.

Read more: Here’s where to grab your Baileys Strawberries & Cream for £5.99

She said: “I hope AJ stays friends with her, and I get to know her more. They’re so good together. As I’m a dancer, too, I understand that things can look a bit dodgy – I have to dance with guys all the time as well.”

Calling hard-working Saffron a “great partner”, AJ commented that this series has been his “favourite” so far.

Last week, Saffron revealed that she had to take a break from training due to an injury.

Everyone wants to know about my relationship status, but I’m very happy with Abbie.

Saffron later told her social media followers: “The pain in my back is just keeping me up all night.”

However, there were no signs of her injury as Saffron and AJ topped the weekend’s leaderboard after dancing the foxtrot to Frank Sinatra’s theme from New York, New York.

Head to our Facebook page @EntertainmentDailyNews and let us know what you think of this story.