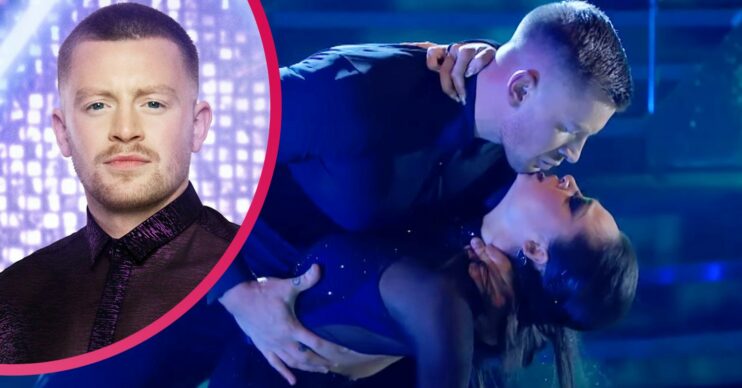 Strictly: Adam Peaty admits he got ‘lost in the moment’ after ‘almost kiss’ with Katya Jones

His Argentine Tango caused a stir with Strictly viewers

Strictly star Adam Peaty has defended his “almost kiss” with Katya Jones, admitting that he got “lost in the moment”.

The pair wowed the Strictly judges with their Argentine Tango on Saturday night.

But it was Adam and Katya‘s chemistry in the final moments of the routine that got people talking at home.

Following the show, viewers flocked to social media to accuse the pair of “almost kissing”.

However, they’ve have since insisted that they were simply trying to impress the judges.

Speaking to the host, Katya said: “The judges kept saying we’re not connecting the emotion to the dance, there’s got to be more connection.

“So they were very specific about keeping the intensity throughout the entire dance and at the end just keeping that intensity.”

Adam added: “It’s being believable, isn’t it? You don’t want to do a dance like that and not do it justice because you haven’t switched on right at the end.

“So it’s being believable, and that’s what I think some people get carried away with. But, hey ho, that’s life, isn’t it?”

In addition, he explained: “It’s easy to get lost in the moment with the adrenaline, because I get so much adrenaline when performing, especially when she was on my shoulders and my arms were open.

“There was so much emotion at the end.”

Adam hits back at ‘gossip’

Meanwhile, it follows shortly after Adam issued a warning to fans commenting on the sizzling moment.

Alongside a snap of the performance on Instagram, he penned: “We go again, thank you so much for all your support! Such a relief!

“To everyone who sees what they want to see, your comments have real life consequences.”

“I will not be lowered or overcome by your gossip. Protect your energy.”

The star concluded: “Great to spend some much needed time today with my boy.”

Read more: Adam Peaty’s girlfriend ‘cries’ as she breaks her silence after that ‘almost kiss’

Although they haven’t yet tied the knot, the couple share a young son called George.