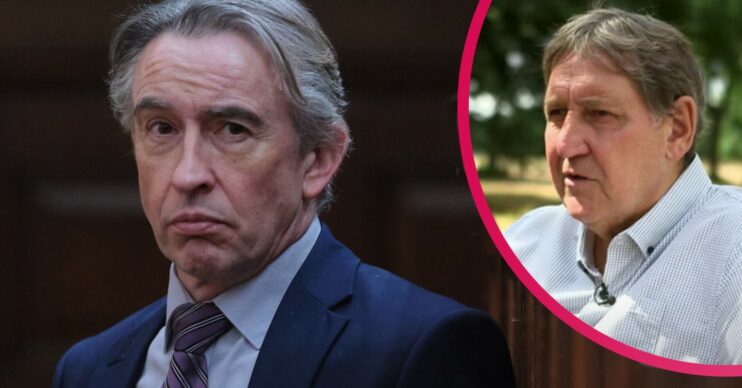 Steve Coogan is currently portraying a crucial character in ITV’s Stephen – but where is DCI Clive Driscoll now?

The former policeman was responsible for finally bringing Stephen Lawrence’s killers to justice.

Who is Clive Driscoll?

Clive Driscoll, now 70, is a former Detective Chief Inspector for the Metropolitan Police.

He joined the Metropolitan Police in 1971 and subsequently investigated some of Britain’s most high-profile cases.

After reopening the Stephen Lawrence case and bringing the killers to justice, Driscoll eventually headed the Racial and Violent Crime Task Force.

His 35-year career came to an end in 2014 – when he claims he was forced to retire by senior officers.

He took on the case after being assigned to close the case down.

However, realising the original case was flawed, Driscoll phoned Met Commissioner Cressida Dick to say he’d take the case on.

As a result, 18 years after Stephen Lawrence was murdered, his killers were finally caught.

DCI Driscoll is played by Steve Coogan in ITV1’s Stephen.

Where is Clive Driscoll now?

Clive retired in May 2014 after 35 years working for the Metropolitan Police.

He claims he was forced out by senior officers.

In 2015, he published the book In Pursuit of the Truth, the memoir on which the new series is based.

Clive continues to speak up on the Stephen Lawrence case and other high profile cases.

What else is he famous for?

Although DCI Clive Driscoll is most famous for being the man who finally secured convictions for the murder of Stephen Lawrence, it was the pinnacle of a 35-year career with the Metropolitan Police Service.

Clive’s rise through the ranks of the Met saw him front some of the most high-profile units at Scotland Yard.

The Met put him in charge of their policy for sexual offences, domestic violence, child protection and the paedophile unit before heading up the Racial and Violent Crime Task Force.

His high-profile cases include Operation Care, the investigation into a Lambeth paedophile ring.

Also, the arrest of Nicholas ‘Goldtooth’ Stewart, a serial robber who preyed on gay men on Hampstead Heath.

Meanwhile, Operation Yewpool looked into the so-called ‘honour killing’ of Surjit Athwal, a British Indian woman from Coventry murdered in Punjab in December 1998.

Stephen continues on ITV1 on Monday September 6 2021 at 9pm.

Are you watching Stephen on ITV1? What do you think of the drama? Leave us a comment on our Facebook page @EntertainmentDailyFix.