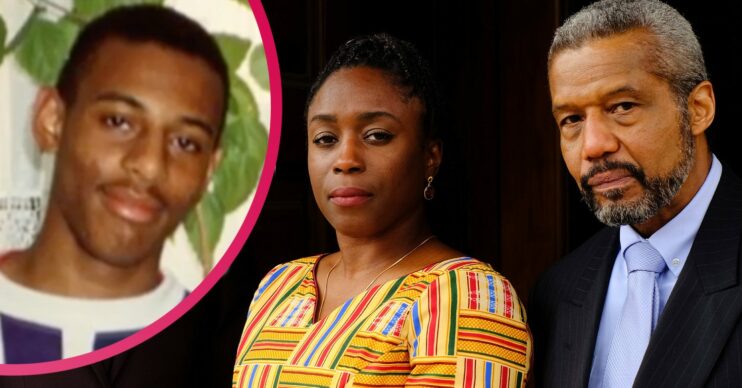 Stephen on ITV1: What is Operation Fishpool? What happened to Rolan Adams and John Davidson?

The tragic story is re-examined in three-part TV drama

Stephen continues on ITV1 tonight (Monday September 6 2021), and looks at the tragic death of Stephen Lawrence – but what is Operation Fishpool?

What does it mean? And what happened to Rolan Adams and John Davidson?

Find the answers to your questions here.

What is Operation Fishpool?

Viewers of Stephen on ITV1 will have heard the term Operation Fishpool while watching the moving three-part drama.

Set 13 years after the racist attack that took Stephen Lawrence’s life, the ITV drama focuses on the reopening of the case that finally led to the conviction of his killers – two members of a gang.

Read more: What happened to the killers of Stephen Lawrence? Where are they now?

Duwayne Brooks identified Neil Acourt and Luke Knight, and they were eventually charged with murder.

Duwayne was with Lawrence during the attack but luckily managed to escape.

However, the investigation failed to convict those responsible as the Crown Prosecution Service deemed Duwayne Brooks’ first-hand account as “unreliable”.

After multiple attempts made by Doreen and Neville to reopen the case, their tireless campaigning led to a public inquiry.

Driscoll immediately phoned Met Commissioner Cressida Dick to say he’d take the case on, which he did in June that year.

Driscoll and his team used advanced DNA techniques to reinvestigate the evidence collected from the crime, which led to a major breakthrough in 2008.

A judge found Gary Dobson and David Norris guilty of Stephen’s murder following a 2011 trial at the Old Bailey.

They are serving minimum sentences of 15 and 14 years respectively.

Who was Rolan Adams and what happened to him?

He was killed in a racially-motivated attack two years before the murder of Stephen Lawrence and Operation Fishpool.

The killer fatally stabbed Rolan in the throat with a butterfly knife while he waited at a bus stop with his 14-year-old brother, Nathan.

The murder had chilling similarities to the nearby killing of Stephen Lawrence 20 months later.

Rolan and Nathan were approached then chased by a gang of 15 white teenagers.

Nathan managed to escape but returned to find his brother dying in a pool of blood.

Thornborrow was sentenced to life for murder and served 13 years.

Who was DC John Davidson and what happened to him?

In 2014, a review looked at allegations of police corruption relating to the investigation.

One of the key findings was that there were “reasonable grounds” to suspect former Detective Sergeant John Davidson was corrupt.

However a National Crime Agency investigation later cleared him of that charge.

Stephen continues on ITV1 at 9pm on Monday September 6 2021.

Have you been watching Stephen on ITV1? What do you think? Leave us a comment on our Facebook page @EntertainmentDailyFix.