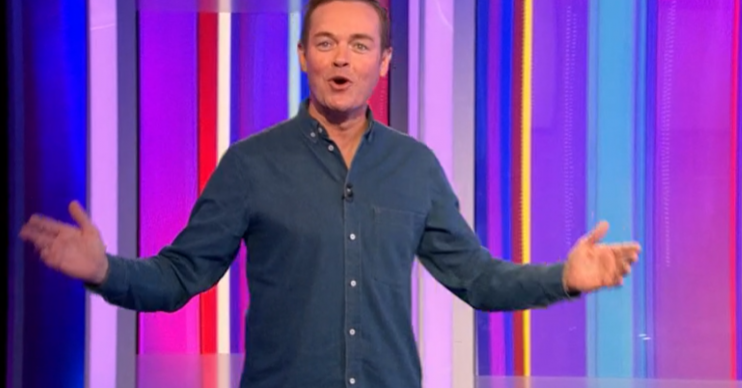 The presenter was hoping to entertain everyone at home

Stephen Mulhern was on The One Show last night armed with a pack of cards to entertain the nation.

However, as the magician performed his trick, many viewers at home called him out on it, insisting it was very obvious exactly how he did it.

Appearing in the studio with hosts Alex Jones and Alex Scott, Stephen said he’s been doing magic over Facetime for his friends during lockdown.

He then whipped out his pack of cards, that he said he carries everywhere when doing live television in case he needs to fill a gap, and Alex and Alex asked him to show them a trick.

“As it is Easter, we’ll do a special trick, instead of me doing a boring trick, we’ll do a trick with everyone watching at home,” he said.

“Millions of people at home right now, I’m going to try and read your mind.”

Stephen then flicked through the cards and told viewers they needed to see one and think of it.

After flicking through the cards, he then asked Alex Scott to take one of the Easter eggs off the table in front of her.

Opening it up, Stephen told her there was a special treat inside. Not only was there the chocolate, but there was a card – the eight of hearts – that both Alexs revealed they’d thought of.

The Alexs were shocked and couldn’t believe how he’d managed to do it.

And while some viewers at home declared the eight of hearts had also been their card, others weren’t convinced by the trick.

Seemingly exposing how Stephen did it, they called him out for the ‘mistake’ on Twitter.

It’s the card he slowed down on #TheOneShow

Cause the 8 of Hearts was the last card at the end of the flip through…#TheOneShow pic.twitter.com/AZMawgGj3y

He lingered on 8 of ❤️ #TheOneShow

Everyone saw the 8 of heart’s for a little bit longer still gud though. #TheOneShow

Ah! I see. Clever, but obvious when you can pause the video! #theoneshow

Alex & Alex were fooled but I wasn’t lol. Stephen flicked through the cards very quickly but slowed down slightly by the 8 of hearts so everyone would see it, then he put that card in the egg before the show. #TheOneShow x

Later on in the show Stephen was left red-faced when he failed to guess the identity of mystery guest Peter Crouch.

Inspired by Stephen’s In For A Penny TV show, Peter’s silhouette was all that could be seen, and Stephen was allowed to ask him yes and no questions to guess his identity.

Stephen had no idea who it could be – insisting that a sportsperson was the last one he’d be able to guess.

Fans at home couldn’t believe it as they shouted on Twitter how obvious it was it was Peter Crouch.

When Peter was revealed Stephen sighed and said: “Hello mate!”