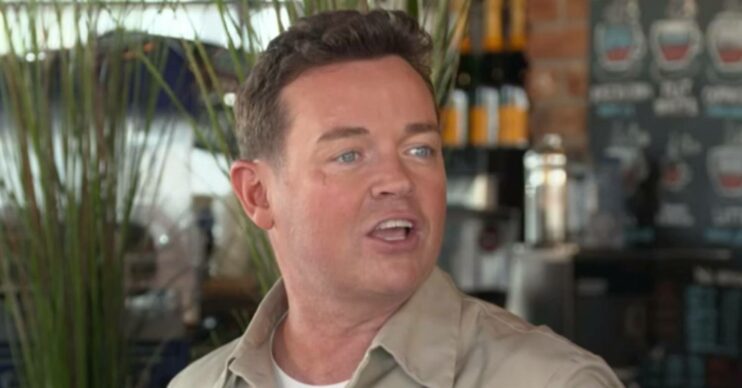 He's very much a family man

In For a Penny host Stephen Mulhern is very much a family man.

He fronts shows – such as In for a Penny this weekend – which are enjoyed by all of the family.

Young and old, and from all walks of life – the former Butlins Redcoat touches many different people with his shows.

But away from entertainment, telly fave Stephen, 45, clearly also adores his own family.

He refers to them regularly in press interviews and, while speaking about his mum back in July 2021, Stephen revealed her cute nickname for him!

And, if we’re being entirely honest, it just makes us love him even more.

During a video Q&A with OK.co.uk, Saturday Night Takeaway regular Stephen put his mum first when asked what he’d do with a big lottery win.

And it was during this filmed chat the London-born star let slip a name his mum calls him by.

He responded to the jackpot question: “First thing I would do is I would buy my mum a new kitchen.

I try and help out and she goes: ‘Oh I don’t really know about this, Stevie.’

“Because I tell you what, she rings me morning, noon and night talking about getting her kitchen changed.”

Read more: Stephen Mulhern on the heartbreaking reason he only works on family shows

However, it seems Stephen may have offered assistance but his mum didn’t taken him up on his offer.

Stephen went on: “But I try and help out and she goes: ‘Oh I don’t really know about this, Stevie.'”

He then added, speaking into the camera directly: “Mum – you need a new kitchen.”

‘Stevie Mulhern’ has a ring to it – maybe that should’ve been his stage name?

Elsewhere in the same chat, when quizzed about his dreams and aspirations, Stephen made mention of his beloved relatives yet again.

He replied: “As long as my family are my okay, I’m alright. We’re all okay at the moment, so all is good.”

‘It is a big family’

Magician Stephen has been similarly effusive about his nearest and dearest when his folks have come up on other occasions.

Back in 2020 he told the Mirror how devoted he is to his mum and dad, believed to have been market traders as he was growing up.

“I don’t mean to sound soppy, but they worked so incredibly hard to bring up me and my two brothers and sister,” Stephen said.

“When I go round to their houses, it’s probably the only time I wish I didn’t know how to do magic.”

Stephen has also previously indicated his siblings are the first people he calls with a problem – and they speak every day.

In For A Penny next airs on ITV on Sunday July 10 at 5pm.

In For A Penny ITV Stephen Mulhern