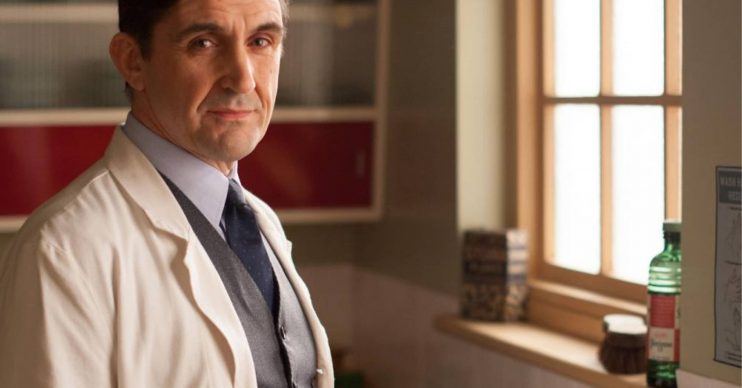 Fans of Call The Midwife should be stocking up on tissues right now, after actor Stephen McGann revealed there’s heartache coming up in the series finale.

The ninth series of the hugely popular medical period drama comes to an end this Sunday (February 23) and star Stephen has told fans it’s a weepie.

The actor, who plays Dr Patrick Turner in the BBC series, has said he was “in bits” after watching a preview of the upcoming episode.

As if to prove his point, Stephen shared a photo of himself with tears streaming down his face as proof!

Talking to his 70,000 Twitter followers, Stephen wrote: “Well. I’ve just had a sneak preview of Sunday’s Call the Midwife, and this is the result. In BITS. #CallTheMidwife.”

Well. I've just had a sneak preview of Sunday's Call the Midwife, and this is the result. In BITS. #CallTheMidwife pic.twitter.com/bNO5jA6Vr9

Understandably, fans of the show were left concerned, fearing the worst for some of their favourite characters.

One wrote: “Oh god. We’re not going to survive this, are we?”

Another said: “Oh no… That looks unimaginably sad… Sunday will be a mixture of anticipation and dread with hopefully a sprinkling of happiness… And then a year to wait… How can we bear it?”

A third warned: “If anything happens to sister Monica Joan we take to the streets!”

The other thing would be a catastrophe caused by the new young doctor and his addiction to Pethidine?

“Please don’t let Sister Monica Joan die,” agreed one more, while another said: “I’m keeping my fingers crossed that no one dies.”

Others predicted a catastrophe could be caused by Dr Kevin McNulty’s addiction to pethidine, while some feared for Valerie’s gran after last week’s episode where they mentioned she’d lost weight.

A few even admitted there were left sobbing every Sunday evening!

Although Stephen did not give away the sad storyline, we do know that Sister Julienne decides it is time to take matters in hand when a letter arrives from the council saying that it will cut funding to Nonnatus House and no longer pay for the accommodation.

As Julienne goes to see Violet at one of her open sessions as a local councillor, Nurse Crane meets and cares for heavily pregnant Bonnie in clinic, who is not married but committed to the baby’s father Eddie.

Meanwhile Kevin’s dependency on pain relief is discovered by the team and Dr Turner and Miss Higgins must find a way to help him.

Will you be tuning in to last episode of the ninth series? Leave us a comment on our Facebook page @EntertainmentDailyFix and let us know what you think!