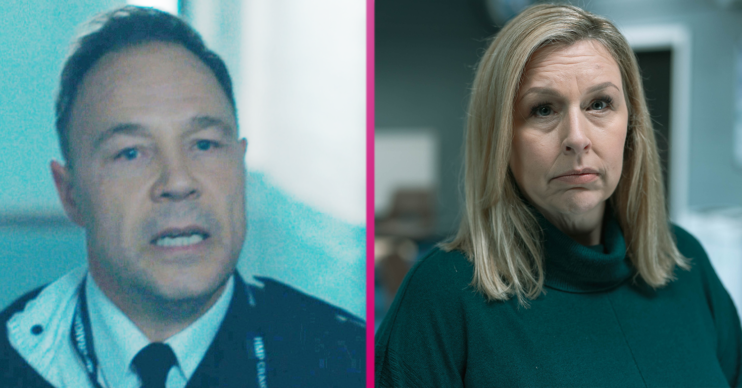 And they celebrate their 13th wedding anniversary as the first episode goes out!

Stephen Graham is back on BBC one in new drama Time tonight (Sunday, June 6) and his real-life wife Hannah Walters stars alongside him.

But when one of the most dangerous inmates spots a weakness in him, Eric is forced into a position of choosing between his principles and his love for his family.

Who does Hannah Walters play in Time?

Far from just being ‘the wife of Stephen Graham’, Hannah is an accomplished actress in her own right. In Time she plays Sonia, who is married to Stephen’s character, Eric.

She said of the role: “I read everything before Stephen actually reads it. That’s what happened in this instance, the same as it usually happens.

“As soon as I read it, I was just blown away. I couldn’t stop reading it from the minute I started. I didn’t for one moment see myself as Sonia.

“I just said to Stephen: ‘Whoever plays Sonia, has got to be super, super natural and real in this part.’

And Hannah ended up being that ‘she’.

Hannah previously worked on Channel 4’s iconic This is England, where her husband also found fame.

She also portrayed DC Megan Riley in the hit ITV series Whitechapel, as well as taking on the role of Beatrice in Pirates of the Caribbean: Salazar’s Revenge.

The couple are working together again on upcoming project Boiling Point.

How long have Stephen Graham and Hannah Walters been married?

Stephen Graham and Hannah met when they were both students at Rose Bruford College of Speech and Drama in London. They didn’t tie the knot until June 6, 2008 – making today their 13th wedding anniversary!

According to Stephen they were friends for years before anything romantic happened between them.

A heartbreaking event brought them closer when, in the early Noughties, Stephen had a breakdown when he first moved to London.

Speaking on Radio Four’s Desert Island Discs, he revealed his parents were devastated to see their son in so much emotional pain.

“I’ll never forget the tears coming down both their faces,” he said.

“My mum kind of saw it. Then everything came out. Life was worth living thankfully.”

How did Stephen Graham and Hannah Walters get together?

“This is kind of where Hannah came into my life properly,” he added. “She knew what had happened. She was always in close contact with my mum.”

From that moment on, the pair’s friendship grew stronger than ever.

But it wasn’t until Hannah revealed she was leaving the UK to move to Spain that a romance developed.

“We were waiting at New Cross train station and I said to her, ‘Please don’t go to Spain. I love you’,” Stephen revealed.

“She went, ‘I’ve been waiting for five years for you to say that’. The next day we moved in together.”

Does Stephen Graham have kids with wife Hannah?

Stephen has two children with Hannah.

During lockdown, Stephen shared a clip of Alfie shaving his head.

Perhaps a lesson not to work with his kids as well as his wife just yet!

Time begins on BBC One on Sunday, June 6 at 9pm.

Visit our Facebook Page @EntertainmentDailyFix and let us know what you think of the new drama.