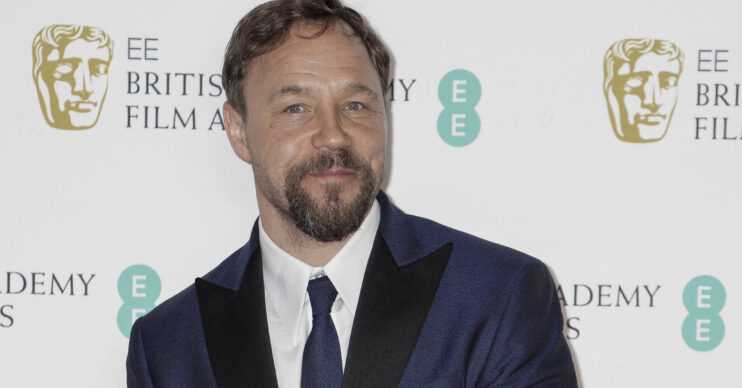 Stephen Graham is undoubtedly one of British TV’s most respected actors, starring in big hitters such as Peaky Blinders, but his mixed-race heritage meant his childhood was troubled – so where is he from?

How old is he, and how did he make his name?

Read more: Time on BBC One: Will there be another series – and what are Sean Bean and Stephen Graham in next?

That makes him 48 at the time of writing.

Where is Stephen Graham from?

The Line of Duty actor was born in Kirkby, Merseyside.

He was brought up by his mother, a social worker, and his stepfather, a mechanic who later became a paediatric nurse.

His biological dad was half Jamaican and half Swedish.

Stephen suffered racist abuse on the streets of Liverpool.

He has revealed he was unsure of his place in the world as a mixed-race child.

“I’m mixed race and that was kind of frowned on in those days,” Stephen has previously said.

“There were times growing up when I was slightly unsure where I fitted in.

“That n-word popped up when I was younger.”

How tall is Stephen Graham?

What has Stephen Graham starred in?

Stephen was encouraged to pursue an acting career at the age of eight by local actor Andrew Schofield.

He was subsequently introduced to Liverpool’s Everyman Theatre at the age of 14.

Stephen went on to train at the Rose Bruford College of Theatre and Performance.

Stephen went on to win a number of smaller roles in the likes of Children’s Ward, Heartbeat, Band of Brothers and The Lakes.

He even starred in Coronation Street, where he portrayed Lee Sankey in six episodes in 1999.

He also starred in the 2000 film Snatch, Gangs of New York in 2002 and Scrum in the Pirates of the Caribbean films.

Stephen Graham in This is England – who did he play?

Of course, Stephen’s is possibly best known for playing Andrew ‘Combo’ Gascoigne in the 2006 film This Is England, and its subsequent three TV series.

Combo was a hateful racist, who was eventually redeemed after a prison sentence.

On television, Stephen starred in the fifth series of the BBC One series Line of Duty in 2019 as DS John Corbett.

He portrayed Al Capone in the HBO series Boardwalk Empire, DCI Taff Jones in the ITV miniseries White House Farm, and DI Roy Carver in Code 404 – yes, he does comedy, too!

More recently, Stephen appeared as Eric McNally in Time, and is currently Captain Brownlee in The North Water and Gary in Help.

He will soon appear in Peaky Blinders, and will play Mr Wormwood in a new film adaptation of Roald Dahl’s Matilda.

Who does Stephen Graham play in Peaky Blinders?

He appears from episode 3 in season 6 as Haydn Stagg, a man caught stealing from the Peaky Blinders gang.

Tommy Shelby discovers that dockworkers are stealing opium “by the bucket load” from the Salt House Docks in Liverpool.

Union convenor Haydn Stagg is organising the sale of the opium.

Tommy sends brother Arthur Shelby to deal with it (kill him) but Haydn somehow manages to talk his way out of it.

Who is he married to?

They met when they were both students at Rose Bruford College of Speech and Drama in London.

According to Stephen, they were friends for years before anything romantic happened between them.

A heartbreaking event brought them closer when, in the early Noughties, Stephen had a breakdown when he first moved to London.

Their relationship grew from there – and the rest is history!

Stephen and Hannah have starred together in BBC One’s Time – she played his wife! – and This is England.

Does Stephen Graham have kids with wife Hannah?

The actor also offered to adopt one of his child co-stars after the boy’s mum tragically died from lung cancer.

Stephen starred alongside Thomas Turgoose in This Is England in 2006, when the then-child actor was just 13.

Thomas recently revealed that Stephen was going to adopt him if things didn’t work out with his real dad, who Thomas barely knew.

He has previously revealed that his wife reads scripts for him.

The pair decide together if he will accept or decline a role.

Stephen Graham stars in Peaky Blinders on Sunday, March 13 at 9pm on BBC One.