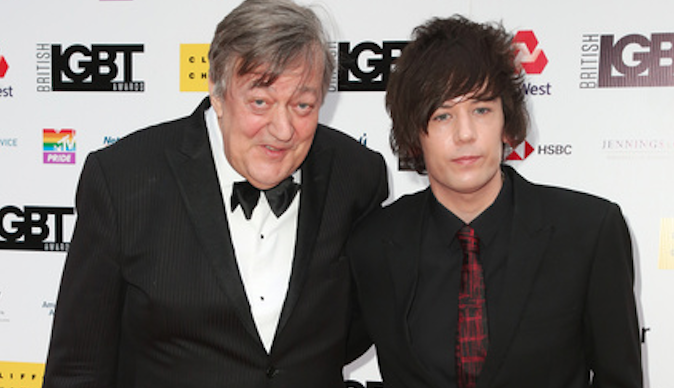 Stephen Fry reckons ‘cringeworthy’ Strictly is like “nails on a blackboard”

Stephen Fry is unlikely to take part in Strictly Come Dancing because he finds shows like that “cringe”.

The 62-year-old media personality has compared the effect of watching the BBC One dance show to “nails on a blackboard”.

Appearing on tonight’s The Jonathan Ross Show, he admitted: “I loathe dancing. It embarrasses me.

“Not only to do it, but to watch other people do it.

*clicks fingers* and just like that our couples are complete! Together with @kelvin_fletcher and @otimabuse #Strictly 2019 here we go! 💃🏻🕺

Read more: Kerry Katona thought she was “going to die” during flight after plane “dropped”

“The Strictly-type thing I find absolutely nails on a blackboard. It’s an allergy. I can’t bear dancing. It makes me cringe.”

Stephen also admitted to being sensitive to criticism – and explained his use of social media worsened that condition.

Asked about his use of Twitter, Stephen said previously: “I am on it but the difference now is that I don’t engage with it very much because of the comments and the unkindness.

“I am very sensitive. It’s pathetic after all these years, but I am.”

Meanwhile, the QI star also reflected on shedding over five stone – and is feeling “very happy” about his weight loss.

He also revealed a spot of walking helps lift his mood when he needs it.

“It’s not a guaranteed help for mental stress and anxiety or anything else but it does help me,” the actor added.