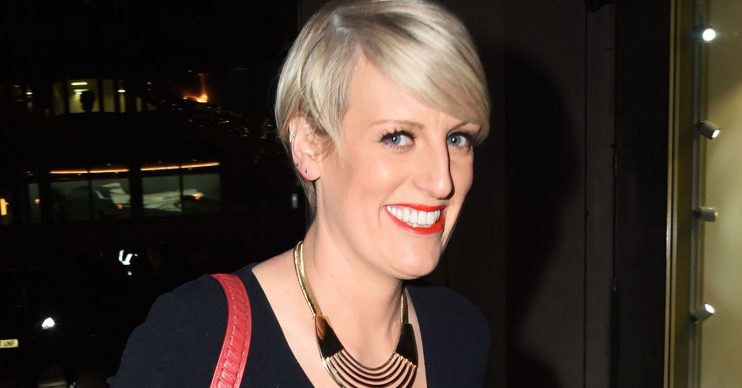 It's happening "before Brexit"

Pregnant BBC Breakfast star Steph McGovern has hinted at her due date on social media.

The TV presenter, 37, revealed on Twitter that her bundle of joy is expected to arrive “before Brexit”, which is currently scheduled to happen on January 31.

In a recent tweet, Steph said: “So it’s going to be baby before Brexit for me!

“I have been wondering which would come first. Am hoping I don’t need a #flextension.”

Her followers didn’t appear to have much faith that Britain would be leaving the EU at the end of January, given the various delays and extensions the process has faced so far.

I have been wondering which would come first.

One joked: “The question is: which milestones will baby reach before Brexit?”

Another quipped: “The way it’s going you’ll be a grandparent before we leave! x.”

Someone else wrote: “They will be at Uni before we leave!”

Steph confirmed she is expecting her first baby with her girlfriend in July, when she revealed the happy news on Twitter.

The excited mum-to-be said at the time: “I see my news is out! Yep, I am no longer with pot belly… I am now with child #babyonboard.”

A source had previously told The Sun that the couple’s baby is due in November, adding: “Everyone at the Beeb is delighted too – she is one of the most popular faces on and off the red sofa.”

Last month, Steph had her last telly appearance before heading off on maternity leave.

She took to Twitter to inform fans that her bump would be making its “final outing” on comedy panel show Have I Got News For You, which she has hosted before.

Unfortunately for BBC Breakfast viewers, Steph won’t be back on the programme when she returns to work.

Last month, it was reported that the presenter would be moving from the Beeb to Channel 4 to host her own programme, called The Steph Show.

Launching in Spring 2020, it will comprise a mix of entertainment, lifestyle and current affairs and film in Leeds with a live studio audience.

Steph said, according to the BBC: “This is a dream come true for me and I can’t wait to get started next year. Just a small matter of having a baby first!”