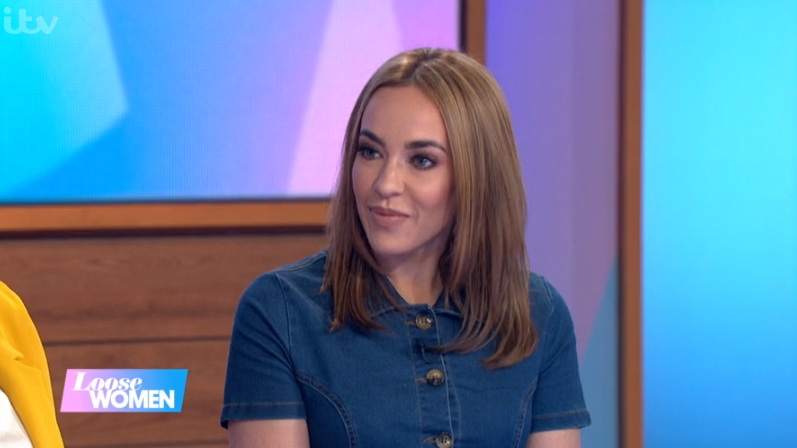 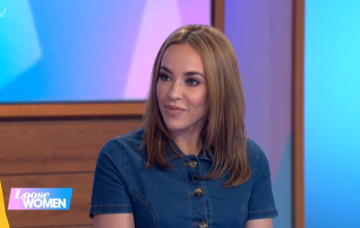 She spent over eight weeks in rehab

Stephanie Davis has revealed she was drinking three bottles of wine every morning before she entered rehab.

The Hollyoaks actress appeared on Tuesday’s Loose Women to discuss her darkest time and how she turned her life around.

Speaking to the panel, Steph explained: “I was in rehab for over eight weeks. People were telling me for ages and I didn’t want to hear it.

“I gave up the fight. It was tiring. I was drinking every day at the end. Probably about three bottles of wine in the morning.

“I got told I had PTSD when I got to rehab and I was having panic attacks and anxiety with all the trauma that happened to me.

“I was using it to go to sleep because I was having night terrors and I couldn’t sleep.”

She continued: “I was just in so much pain. I had to realise that worked for a while to block the pain, but in the end I couldn’t cope without it.

“I was just skin and bones, I was broken. I didn’t want to live. I was so suicidal, I kept trying to kill myself.”

Steph, who is mum to son Caben from her relationship with fellow Celebrity Big Brother star Jeremy McConnell, also spoke about her new relationship.

The star is now dating her Hollyoaks co-star Owen Warner and described her beau as “beautiful inside and out”.

She said: “He brings me flowers every week because he never lets them die so he gets them every week.

“It’s nice to know what real love is.”

Read more: Hollyoaks’ Steph Davis ‘in talks’ to make her own TV show

Steph has spoken openly about her struggles with alcohol, claiming her dependence on drinking was putting her life in danger.

“I was drinking heavily and was diagnosed with post-traumatic stress disorder after I split up with Jeremy, because of everything I had been through while we were together,” Stephanie told  OK! Magazine last year.

“It got to the point where I was drinking most days until I would black out, and I was feeling suicidal. I knew that for [son] Caben’s sake, I had to sort myself out before it was too late.”

Jeremy was convicted of assaulting Stephanie and given a suspended sentence in August 2017.