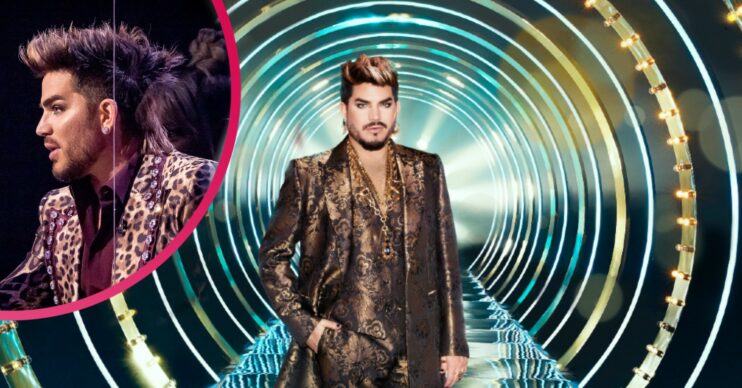 Starstruck: Who is Adam Lambert? Is he still performing with Queen?

From humble beginnings with Simon Cowell…

Starstruck – with judges including Adam Lambert – is ITV‘s newest singing competition series and it’s coming to our screens tonight (February 12).

Ahead of the series launch, the American singing superstar said he’s looking forward to judging the latest talent and searching for the next biggest pop star.

But who is Adam Lambert and how is he famous?

Who is Starstruck judge Adam Lambert?

Adam Lambert is an American singer-songwriter.

His rise to fame started in 2009 when he was discovered on the popular singing competition American Idol.

Even though he didn’t win, the music star still managed sell over 3 million albums worldwide.

The superstar is also known for being the first openly gay singer to top the Billboard 200.

Adam placed as runner up in the eighth series of American Idol.

He lost out to Kris Allen.

No, we’ve never heard of him either!

Simon Cowell summed it up best when he told Adam: “Over the entire season, you’ve been one of the best, most original contestants we’ve ever had on the show.

“The hope and whole idea of a show like this is to find a worldwide star, and I truly believe we’ve found that in you.”

When did Adam Lambert join Queen?

The tour was a resounding success and they decided to go on tour again the following year.

He’s been said to “ooze charisma” on stage, with critics commenting on the “magnetic power” of his vocals.

The band are still together and – much to the delight of fans – they’re getting ready to go on tour later this year.

Adam is currently judging the brand-new series Starstruck on ITV.

The series involves talented members of the public teaming up and transforming into their favourite music star to give the performance of a lifetime.

Adam shared some teasers about the exciting singing competition ahead of the launch show.

He said: “I’ve been really impressed by the vocals on a lot of these groups.

“It’s exciting to see people step up to the challenge.”

Does Adam Lambert have a boyfriend?

Adam has been in quite a few public relationships in the past.

The music legend was in a relationship with Finnish television host Sauli Koskinen for three years in 2010.

He also dated Spanish model Javi Costa Polo in 2019 but the pair split the following year.

Back in his American Idol days, Adam’s love life become the stuff of American tabloid fodder.

Photos of him kissing another man while dressed in drag at a festival surfaced during his run in the singing show, with some naysayers calling them controversial.

Adam confirmed the photos were of him and an ex-partner and said he had nothing to hide and had always been open about his life.

As a result of the pictures, he confirmed to Rolling Stone that he was gay soon after.

He told the magazine: “I’m proud of my sexuality.”

Of the pictures, he told Rolling Stone: “I’ve only dressed in drag three or four times. … I don’t tuck and wear breasts, that’s not me.”

He also said he didn’t want to become the gay rights poster boy.

“I’m trying to be a singer, not a civil rights leader,” he quipped to the mag.

Catch Adam on the first episode of Starstruck on Saturday (February 12) at 8.30pm on ITV.