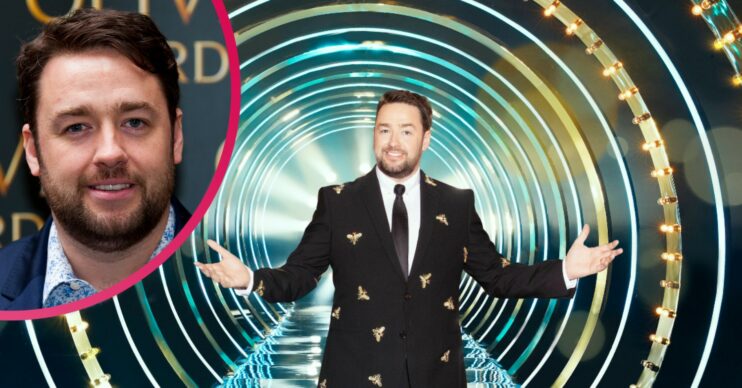 Is Starstruck judge Jason Manford married? Can he really sing?

He sings, acts and tells jokes – is there anything this man can't do?

Jason Manford appears as a judge on ITV’s new series Starstruck tonight (February 12) – but what makes the comedian qualified to sit on the panel of a singing competition?

He’s had a long and varied career and, he says, he can’t wait to see members of the public transform into the world’s biggest music icons.

We’re counting on Jason for the biggest laughs throughout the series, but who is the British comedian and what is he up to now?

How old is Jason Manford? Where is he from?

Jason Manford is a comedian who’s most known for being a regular on Live At The Apollo.

The comedian, 40, who was born in Salford, rose to fame after he played Jack in the Johnny Vegas’ sitcom Ideal.

Read more: Is Starstruck on ITV basically a rip-off of Stars In Their Eyes?

He was also made a team captain on 8 Out Of 10 Cats and even got his own show in the form of Channel 4’s Tonightly.

Jason also presented The One Show for a short while in 2010 and hosted A Question Of Sport spin-off show Super Saturday in 2014.

Which other TV shows has Jason been in?

Jason has appeared in an impressive number of TV shows throughout his career.

He took on the role of Marty in the BBC drama Ordinary Lies in 2015.

The comedian also hosted The Money Pit on Dave and It’s A Funny Old Week on ITV.

In 2018, he hosted the ITV show What Would Your Kid Do?, where children were recorded with hidden cameras to see how they would react in different scenarios.

Recently, Jason has hosted a brand-new game show called Unbeatable, where four opponents were faced with a question and have to pick from a board of six answers.

In 2012, Jason split from his first wife Catherine after having four children together.

Jason – who grew up in a council house – admitted that the marriage “disintegrated” because he didn’t give it enough “care and time”.

He told the Mirror: “My first marriage really disintegrated on my theory of, I don’t want my children to have the childhood I had.

“So I was out working all of the time and I didn’t put the care and time into that relationship that it deserved and needed.”

Who is he married to now?

Five years after the split, in 2017, the TV star got married for the second time to Lucy Dyke.

The pair are still happily married and have two children together.

Not much is known about Lucy as the couple have chosen to keep their marriage private – apart from when she features in the comedian’s stand-up material.

Jason previously told The Sun: “We all get along and it is good material. My family are half of my act. People like to hear about them.

“They come to hear that they are not a terrible parent. That it’s normal to lose it in front of a packed shopping centre.”

The British comedian actually comes from a family of singers and he performs regularly with them.

In 2011, Jason entered the ITV series Born To Shine, where he was taught sing in an operatic style.

The star left everyone speechless with his performance and he managed to win the show.

Since then, Jason has released an album of show tunes called A Different Stage.

Jason has also enjoyed a career on the West End stage. He made his first foray into musical theatre in 2012 in Sweeney Todd.

He’s since appeared in The Producers, Chitty Chitty Bang Bang, Curtains and Guys and Dolls.

He also came second in The Masked Singer in 2020 when he appeared as Hedgehog.

So for anyone asking why he’s on a TV talent show, one little look at his CV should answer that!

Why is Jason Manford working for Iceland?

Back in 2020, Jason traded his jokes for delivering food in order to play his part during the coronavirus crisis.

The comedian donned the iconic uniform and worked as a delivery driver for Iceland to help out his local community.

In exchange for his hard work, he received two generous donations to charities CAFTcharity and The Bread and Butter Thing Manchester.

After posting on Facebook, Jason wrote: “Thanks to the staff at Iceland Foods for being so welcoming today, was a fun morning delivering to your lovely customers.”

Starstruck starts on ITV on Saturday (February 12) at 8.30pm.