Presenter and Loose Women star Stacey Solomon has opened up about her latest struggle with anxiety and told fans she's having a tough time keeping calm.

On her Instagram Stories, the 29-year-old mum-of-three said she's having a "super anxious day" as she revealed a rather odd way of finding her zen.

She posted a snap of her bare legs with her feet in a pair of grey slippers and told her followers: "Having a super anxious day so I'm currently counting my leg hairs to stop my mind from wandering.

"This should keep my mind busy for at least an hour." 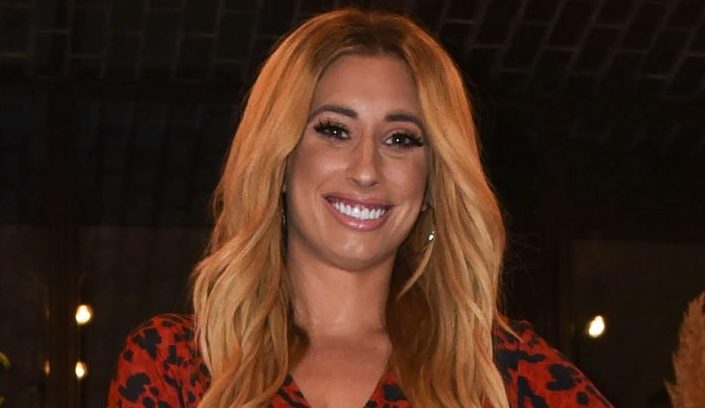 Staceys been open about her anxiety in the past (Credit: Alucard / SplashNews.com)

Read more: Stacey Solomon's newborn Rex 'has an accident' as his nappy's changed in Pizza Hut

In another Story posted shortly after, Stacey shared a screenshot from her phone and joked, "My search history right now" alongside a pair of crying-laughing emojis.

Her browser history showed she had been looking into remedies for an anxious mind, with searches including 'natural medicines for calm' and 'how to cure anxiety'.

Later, Stacey revealed she'd finally moved on from counting her leg hairs and settled on a better-known remedy - lavender.

I've convinced Joe to drive me and the baby and my mum to a lavender farm.

She shared another photo as she arrived at a farm with lavender fields and told fans: "I've read loads and loads about how helpful lavender is to calm you down so I've convinced Joe to drive me and the baby and my mum (who I won't let leave me these days) to a lavender farm."

Stacey's been open about her experiences with anxiety in the past.

Good morning! Wow The bags under my eyes are bigger than my actual eyeballs 😂 but Daddy’s coming home today! Wahoo!

Speaking on Loose Women in April, before she'd had baby Rex, she said it sometimes gets so bad she struggles to breathe.

She told fellow panellists Kaye Adams, Kelly Brook and Janet Street Porter: "I get anxiety from time to time and I had a wave of anxiety last night.

"It's something that bubbles up inside of me and I know is a part of me. I've stopped trying to fight against it as such.

"I am quite good at managing how it manifest itself," she explained. "It probably gets worse at night time when I have more time to sit and think about it."