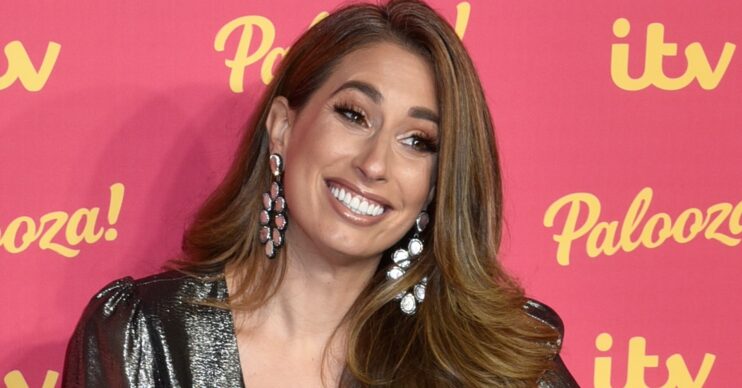 Stacey Solomon replaces Tom Allen on Bake Off: The Professionals as fans fuming

The Loose Woman star will co-host the new series

Stacey Solomon has bagged herself a new role as the host of Bake Off: The Professionals.

The Loose Women panellist will join Liam Charles as the host for the new series, which sees teams of master bakers competing.

Stacey will replace comedian Tom Allen. The TV star had hosted the series with Liam since it made the move over to Channel 4 in 2018.

Meanwhile, Stacey has previously appeared on Great British Bake Off. She competed in the 2018 Stand Up To Cancer edition.

“Choux la la! We’re chuffed to announce that @StaceySolomon will be joining @LiamCBakes, @BenoitBlin_MCA and @Cherish_Finden for the next series of Bake Off: The Professionals,” they said. “Welcome to the petit fours-ome, Stacey!”

While it’s great news for Stacey, some fans of the Channel 4 series sadly weren’t quite so pleased.

One viewer replied: “Not sure this is a good replacement for Tom. Just have to wait and see.”

Choux la la! We're chuffed to announce that @StaceySolomon will be joining @LiamCBakes, @BenoitBlin_MCA and @Cherish_Finden for the next series of Bake Off: The Professionals.

A second fan said: “OH NO! Why no Tom Allen? Lost a bit of class there.”

“Tom Allen made this show!” complained a third viewer.

Meanwhile, a fourth ranted: “Nooooo why Tom for the win!”

However, some were pleased with the idea of seeing Stacey back on their screens.

One said: “Stacey is lovely but sorry to see Tom Allen go.”

Meanwhile, a new series of Stand Up To Cancer will air later this spring. The Bake Off spin-off will feature the likes of Motsi Mabuse, presenter Emma Willis, and runner Mo Farrah.

Elsewhere, Stacey will be back on TV soon with the upcoming second series of Sort Your Life Out.

Bake Off The Professionals Stacey Solomon