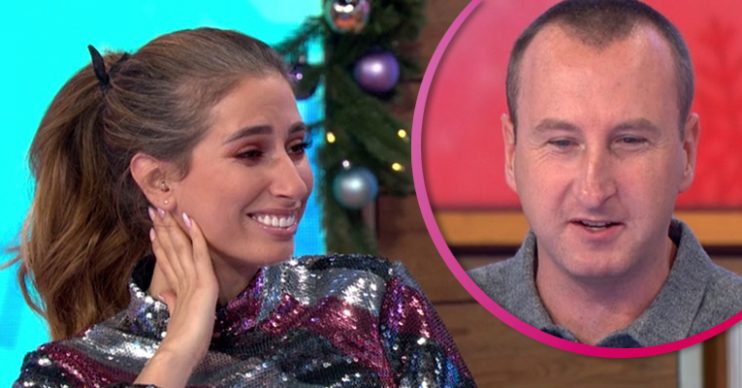 Best quit while you're ahead Stacey

In his first TV interview since coming second to Jacqueline Jossa on I’m A Celebrity, Andy said it was nice that he now gets recognised for being Andy Whyment and not just Kirk.

“I’ve obviously been on Corrie for 19 years playing this character of Kirk and that’s all I get walking down the street,” he said.

“To know people got behind me as a person meant a lot to me. You’re being filmed 24 hours a day, there’s nowhere to hide.”

Stacey said that she thought that Andy was ‘quite similar’ to Kirk.

When the studio audience and Andy erupted into laughter, she realised what she had said.

I like to think I’m not as thick as Kirk. I’m as lovable as Kirk.

“I like to think I’m not as thick as Kirk. I’m as lovable as Kirk,” Andy laughed.

And Stacey, desperately tricking to retrieve the situation, replied: “That’s what I meant. You’re both nice people. I’ll stop.”

Andy, who also said on the show that Corrie will always be his number-one priority, revealed that he had returned to work on the cobbles of Weatherfield only days earlier.

Captioning an image on Instagram: “First day back @coronationstreet after @imacelebrity and got a free hair cut from @corriemakeup.