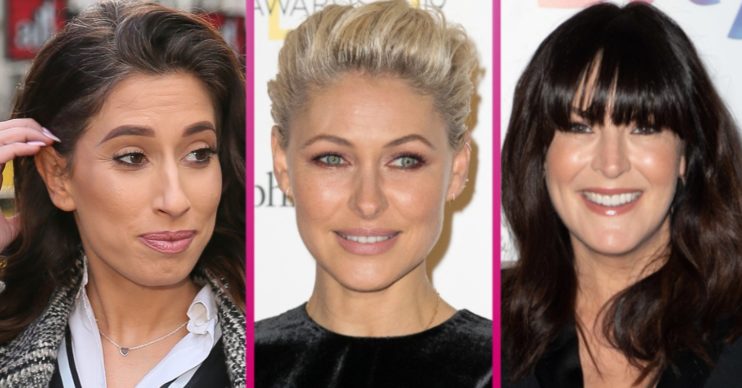 Davina McCall was originally doing it

The presenters are believed to be the favourites to replace Davina McCall, after she was forced to quit.

Davina initially signed up to the home improvement series on Channel 4 alongside Laurence Llewelyn-Bowen.

Stacey Solomon, Emma Willis and Anna Richardson ‘in the line up’

The original BBC series is set for a six-episode return on Channel 4.

A TV insider told The Sun: “Channel 4 producers were left with a real headache of finding someone good enough to replace Davina as presenter.

“Now Changing Rooms bosses have got three names in the running for the job.

“Each has their own unique style, but all of them would be great for the role.”

The source went on to claim Emma was perfect for the role due to her “experience”.

Stacey will apparently add a “real eye for design”, while Anna is another “seasoned presenter”.

Meanwhile, representatives for Stacey, Emma and Anna have been contacted for comment.

The star will prioritise her other work commitments including The Masked Singer.

Explaining her decision to leave, The Sun on Sunday claimed: “Davina was so excited to be part of the reboot but with the changing production schedule, it has become a nightmare.

“The lockdown and pandemic have played havoc with the schedule and sadly Davina has said she won’t be able to commit. It’s the last thing anyone wanted but she is so busy with other filming commitments.”

Furthermore, Channel 4 confirmed the reports were true at the time.