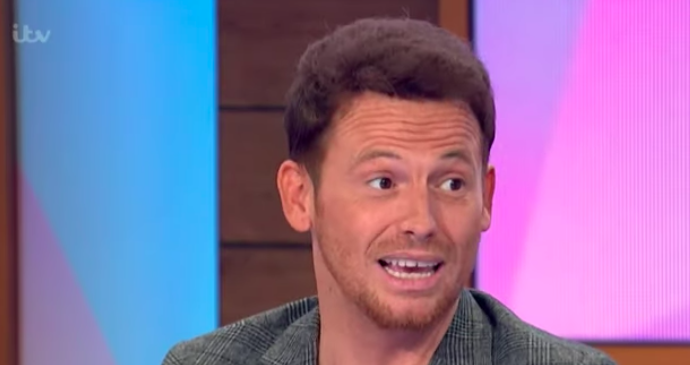 Stacey Solomon may have not been on the Loose Women panel today, but that didn’t stop her from making her presence felt.

The mum of three called in to tell off her partner and Loose Women guest Joe Swash over ‘lying’ on the popular ITV show.

Stacey took offence at Joe’s claim that he helps feed their baby Rex during the night; she claims Joe never does.

Joe told the panel: “I will do the 4am night feed. I am not going to say I do all of them as Stacey will be chucking things at the telly. We share them.”

A furious Stacey called in and claimed: “Is he having some kind of joke? How dare you go to work with my friends and pretend you get up at 4am?”

“She is such a fibber,” laughed Joe as Stacey hung up.

“I can’t believe she said that,” he added.

Joe appeared on the talk show to confirm that he will compete on the latest series of Dancing on Ice, set to air early next year.

Daddy’s home today and Rex just found out he’s been in the Maldives for the last week 😂😂 For the first day or two when Joe isn’t here it’s absolute bliss, but that quickly wears off and I can’t wait for him to be back with us all, play wrestling, giving us all the cuddles and doing a terrible job of washing up 😂 Not sure how he’s going to feel about the state of our hallway though 😂😂

He joked that he’s out of shape since having baby Rex, and that signing up for Dancing on Ice is “a silly idea”.

“I have done no exercise since the baby has been born. I can’t even dance on a dance floor so to dance on the ice is just a silly idea,” he grinned.

He also said that while Stacey is supportive of him doing the show, she doesn’t expect him to win.

Do you believe Stacey or Joe? Tell us your thoughts on our Facebook page @EntertainmentDailyFix.