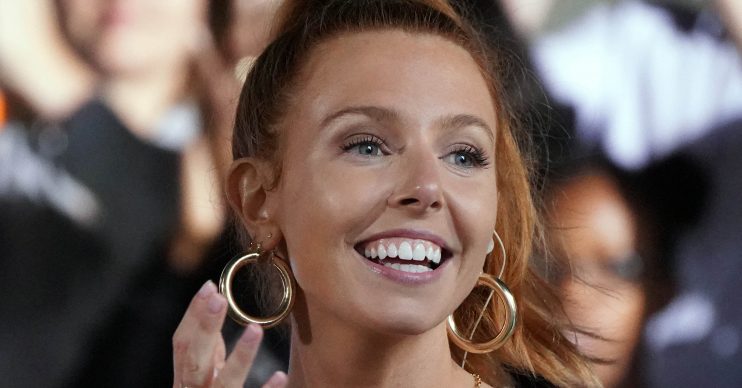 Standing by her man

But after the show, Kevin’s partner and last year’s winner, Stacey Dooley, sent a message of support to Anneka and her beau.

Stacey, 32, took time out from filming BBC make-up series, Glow Up, to send a message of support to the couple.

“I know that everyone just found out that Kev and Anneka got knocked out this weekend,” she said on her Instastories. “And I just wanted to say that I am so proud of both of them, but particular Kevin.”

“I just think he’s the most incredible teacher, and I think she was so lucky to have had him,” she continued.

Kevin and Anneka, 61, danced the Charleston on Saturday night, in a homage to Quentin Tarantino film, Kill Bill.

After the routine, viewers were angry that head judge Shirley Ballas seemingly laughed at Anneka.

One twitter user wrote: “I’m still not over Shirley Ballas LAUGHING at Anneka.

In all, the judges awarded them 11 points in total, and it was no surprise when the pair ended up in the dance-off.

Anneka and Kevin faced ex-England footballer David James and Nadiya Bychkova in the dreaded dance-off, but there was only one winner.

In a unanimous verdict, Anneka and Kevin were voted off, with judge Craig Revel Horwood saying: “For commitment and improvement, I’d like to save David.”

During her exit, Anneka said: “I’ve got to love this whole thing, I’ve not a negative thing to say about the whole thing. We’ve worked so hard, I’m covered in bruises!”

Asked if she would carry on dancing, she replied: “My son’s getting married next year and I’m determined to shuffle onto that dance floor.”