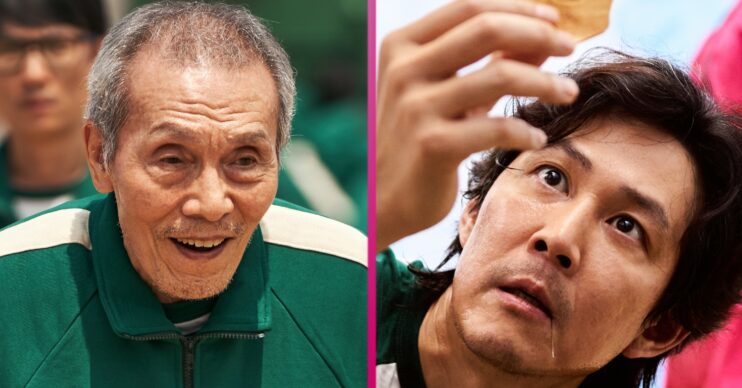 Squid Game series 2 start date: When is the Netflix drama back for another run?

Squid Game was THE Netflix sensation of 2021 and fans were thrilled when a series 2 was confirmed – but when is the start date?

Most TV viewers binged the series within days of its release on the streaming service in September of that year.

In fact, Squid Game Halloween costumes were all the rage that season.

But it’s been nearly a year since viewers first saw the violent thriller.

So when is the start date of Squid Game series 2 on Netflix?

Squid Game series 2 start date – when will it return?

Sadly, there’s no good news for Squid Game fans who are hoping for a series 2 anytime soon.

Actor Lee Jung-jae has given a disappointing update on the progress of the next series.

Lee, who plays the anti-hero Seong Gi-hun, has explained that creator and writer Hwang Dong-hyuk is “struggling” to write series 2.

In an interview with People, Lee said Hwang hasn’t written the script yet, because he has so many ideas!

Lee told the magazine: “[It] looks like he has a lot of different ideas.

“But writing a [script] is something that you don’t know when it’s going to [be finished].

“Only director Hwang knows and [it] feels like he’s really struggling to write the script.”

With any luck, Hwang Dong-hyuk will finish the script this year, and cast and crew can start filming in 2023.

Squid Game is officially coming back for Season 2! pic.twitter.com/4usO2Zld39

Will there be any more series of Squid Game after series 2?

Netflix has not confirmed whether they’ll be more series of Squid Game after series 2.

If creator and writer Hwang Dong-hyuk has so many good ideas, surely there’s mileage for the series to run and run!?

Website small-screen.co.uk has reported that “Squid Game seasons 2 and 3 are already in the works”.

An insider told them that Squid Game Season 3 is already in the works over at the streaming platform.

They said: “Squid Game season 2 is in active development and Netflix has already given the greenlight for a third season.

“This comes after Squid Game’s creator, Hwang Dong-hyuk, told KBS (Korean Broadcasting System) he is in talks with Netflix about season 2 as well as season 3.”

So watch this space!

What will series 2 of Squid Game be about?

Season 2 of Squid Game will continue where the first ended.

We also know that viewers will be introduced to Cheol-su, the boyfriend of Young-hee – the giant robot doll that detected movement in the Red Light, Green Light game during the first season.

In a post on Twitter, Hwang Dong-hyuk told Squid Game fans: “It took 12 years to bring the first season of Squid Game to life last year.

“But it took 12 days for Squid Game to become the most popular Netflix series ever.

“As the writer, director and producer of Squid Game, a huge shoutout to fans around the world.

“Thank you for watching and loving our show.”

Teasing what’s in store for season two, he added: “And now, Gi-hun returns.

“The man in the suit with Ddakji might be back.

“Join us once more for a whole new round.”

Squid Game series 1 is currently available to watch on Netflix.

What did you think of Squid Game series 1? Leave us a comment on our Facebook page @EntertainmentDailyFix.