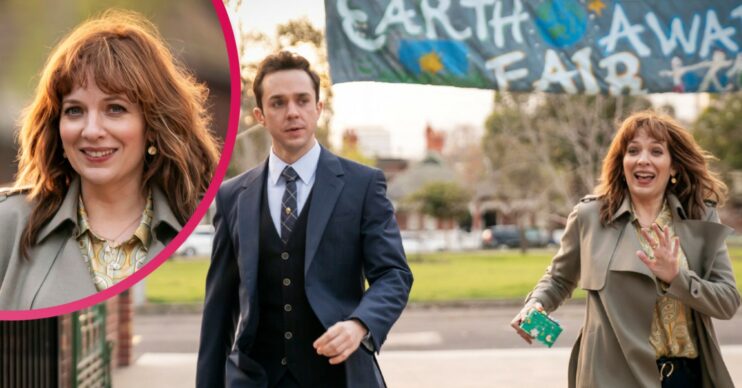 Spreadsheet on Channel 4: How many episodes are there? Who’s in the cast?

The series follows a divorced mother of two who, amidst her chaotic life, just wants to have lots of sex without any strings attached.

So how many episodes are there and who else stars in the cast?

What is Spreadsheet about?

Spreadsheet is an Australian-based comedy drama about a divorced mother of two, Lauren, who just wants to have a lot of sex without commitment.

With the help of her best friend, Lauren works her way through dating apps using a spreadsheet to help her keep track of her many, many suitors.

Read more: Made In Chelsea: Are James and Maeva still together after he turned down her marriage proposal?

Despite being a show with a lot of sex in it, Spreadsheet isn’t remotely sexy.

Katherine told Radio Times: “I think that’s what I like about it. It tells these stories but without being titillating or gratuitous. I didn’t feel for a second that there was going to be anything tawdry.

“And also, there’s a lot of focus on her home life and work relationships. Some of my favourite bits are with the guys in the office.”

Who is in the cast of Spreadsheet?

The show’s leading lady, Lauren, is played by Katherine Parkinson.

Many fans may recognise Katherine for her role in the IT Crowd alongside Richard Ayoade and Chris O’Dowd.

Read more: Alfie Boe’s marriage – who was his wife and what happened between them?

Rowan Witt is an Australian actor and musician who’s best known for his childhood roles in Home and Away and The Matrix.

Katrina has appeared in many television dramas including Wentworth and Glitch.

Comedian Stephen Curry also stars in the show as Matt.

Stephen has featured in several films including June Again, The Castle and Hounds of Love.

How many episodes of Spreadsheet is there?

There are eight episodes of Spreadsheet in total and the first two air on Channel 4 tonight.

Where was Spreadsheet filmed?

The Australian comedy series was filmed in Melbourne and produced by Northern Pictures.

Catherine Nebauer, the Executive Producer of Northern Pictures said: “Northern Pictures prides itself on creating unique series’ which surprise and delight, and this is certainly one of them!

“It’s been a joy to see Spreadsheet come together with such an incredible team behind it. Director Darren Ashton and Creator/Writer Kala Ellis have worked closely together to create the perfect blend of comedy, drama and spice, which only Katherine Parkinson can deliver!”