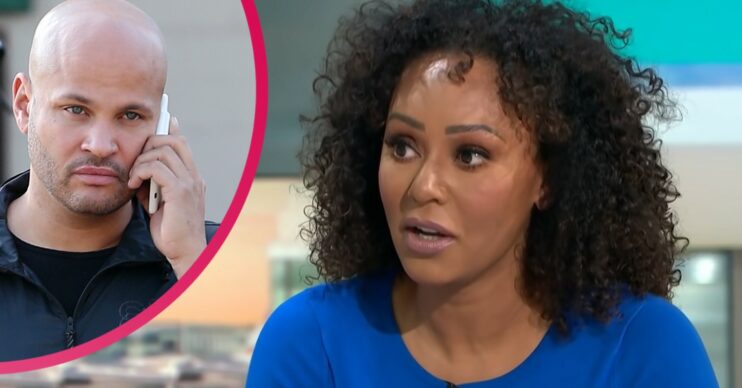 Spice Girls documentary: Mel B on what stopped her from taking her own life during abuse ordeal

Mel B – who appears in tonight’s Spice Girls documentary on Channel 4 – once bravely revealed what stopped her from taking her own life.

The Spice Girls are the stars of the new documentary, Spice Girls: How Girl Power Changed Britain tonight (September 14).

And, while Scary Spice has always been known as the loud and feisty one, behind the scenes Mel was facing a heartbreaking battle for a decade.

Mel was with her ex-husband Stephen Belafonte for 10 years.

The pair eventually split in 2017, and it was only then that the singer finally went on to share what she had endured during their marriage.

She claims she suffered for years at the hands of Stephen, alleging both emotional and physical abuse.

He has vehemently denied the allegations.

“So I tried to leave seven times, so you can imagine how desperate I was in those 10 years,” she told The Guardian earlier this year.

Mel confessed that at one stage she considered taking her own life. However, one thought stopped her every single time.

“I self-medicated. I tried everything but trying to end it all because that to me would mean he would win.”

She added that it seems like “the simplest thing, get up and leave”.

However, she added that when you’ve got kids involved, there are other “coercive controls that come on top of it”.

She said he would threaten to take the kids away and “tell everyone you’re a drug addict and alcoholic’ – which he did”.

Spice Girls documentary on Channel 4: What made Mel leave her ex-husband?

But what was it that finally became the catalyst for Mel leaving?

But then, when she heard her father was dying from cancer in 2017, Mel packed her bags.

He had been in a coma and hadn’t spoken for months, but incredibly when she arrived he regained consciousness.

It was then that she told him she was leaving her husband.

How is Mel doing now?

Four years later and Mel is in a much better place mentally.

However, the recent global pandemic led to her having some dark thoughts about what could have been.

“It’s like an abuser’s dream. I’m four years out of an abusive relationship,” she said.

“If that was me four years ago in lockdown, I don’t think I would have survived.”

DHead to our Facebook page @EntertainmentDailyFix and tell us what you think of Mel’s news.