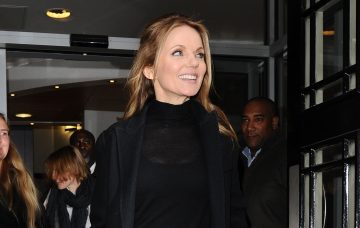 Spice Girl Geri Horner has revealed why she won’t be heading to the jungle for I’m A Celebrity… Get Me Out Of Here! anytime soon.

The singer has ruled out going Down Under and joining Ant and Dec despite saying she believes she could handle the snakes and spiders.

The 45-year-old admitted the real reason she wouldn’t want to try to become Queen of the Jungle is her sister has BANNED her – because she gets hangry!

She told The Sun: “I’m not allowed to go into the jungle, my sister has forbidden me to do it because I get hangry.

“I think I could do all the trials but I wouldn’t feel comfortable eating the bugs and those nasty things.”

Read more: Nadine Coyle reveals TRUTH behind why she doesn’t speak to Cheryl

The former Ginger Spice has been on our screens on Saturday nights as host of BBC singing show All Together Now alongside comedian Rob Beckett.

Michael Rice walked away with the £50,000 prize last night.

But Geri has also revealed she wouldn’t be tempted in returning to Saturday night telly as a contestant on Strictly Come Dancing.

She claimed learning the dance moves was too much like hard work and revealed she had always struggled to learn the moves to the Spice Girls songs – adding it took her hours longer than the rest of the girls.

Meanwhile, Geri is busy with the rest of the 90s band as they plot their potential reunion.

A statement last month said: “We all agree that there are many exciting possibilities that will once again embrace the original essence of the Spice Girls while reinforcing our message of female empowerment for future generations.”

And Mel B recently claimed the group were lined up to perform at Prince Harry and Meghan Markle’s upcoming wedding in May.

Appearing on US talk show The Real, Mel B also sparked speculation that the recently reunited band will perform at the royal wedding.

When asked about a possible performance at the reception, Mel B threw papers she had been holding in the air and said: “I need to go, I’m going to get fired.”

Today in #GirlChatLive, Mel B shares if she is going to Meghan Markle and Prince Harry’s wedding, and if the SPICE GIRLS ARE PERFORMING!! pic.twitter.com/Wx5geXuR7G

Earlier in the interview, she was asked if she knows anybody who has been invited to the wedding, to which she nodded.

“I don’t know if I should have said that,” she said, before clarifying that “us five Spice Girls” have all received invites.

Asked what the invitation looked like by host Loni Love, Mel B – whose real name is Melanie Brown – said: “That’s getting too personal if I actually describe it.”

However, she did let slip that it came in a box before saying: “I’m not saying any more! I’ve said enough.”

Do you want the Spice Girls to perform again? Leave us a comment on our Facebook page @EntertainmentDailyFix and let us know what you think!