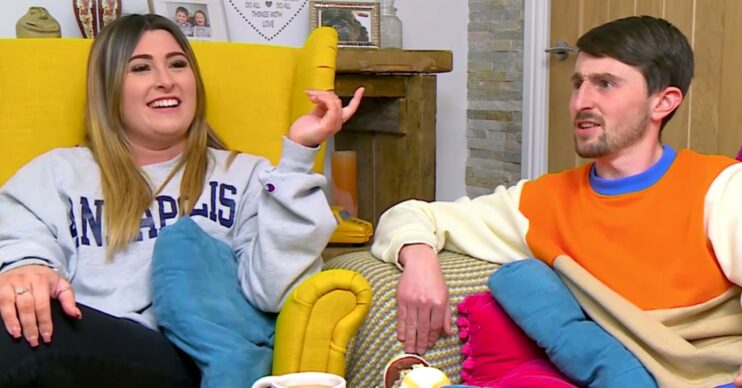 Sophie Sandiford confirmed she has a boyfriend during Friday (April 29) night’s episode of Gogglebox.

Fans speculated earlier in the week whether the Channel 4 star is seeing someone after she shared a snap at a family wedding.

The image showed her standing with a mystery man alongside brother Pete Sandiford and his wife Paige.

But now Gogglebox fave Sophie appears to have made it clear she is indeed coupled up following a bit of banter on the show.

Sophie Sandiford: What was said about her boyfriend on Gogglebox?

The back and forth between Sophie and Pete seemed a little spikier than usual – although still, no doubt, meant in good humour – as her fella’s height came up.

Pete asked how things were going with Sophie and her chap, named in reports as Ben McKeown.

Read more: Gogglebox viewers can’t get over how much Pete Sandiford’s baby has changed

Pete then disputed how tall her man is: “I still don’t think he’s six foot.

“I don’t give a [blank] what anybody says until my tape measure says he’s six foot.”

The telly pair then reflected on when her brother and Ben met after Pete indicated he expected a taller man.

Sophie replied: “You’re looking up to him and then saying ‘I thought you were at least six foot.’ He is.”

Pete then went on to make light of the situation by joking the relationship is founded on fibs.

Taking her time, Sophie ended the chat with a knockout verbal blow.

“Just because he makes you look like one of The Borrowers,” she hit back.

Viewers had a mixed reaction to the segment.

One social media user felt they detected a surprising tone from Pete.

“Smell a hint of jealousy from Pete towards Sophie #Gogglebox,” they claimed on Twitter.

Another fan found the moment hilarious, adding several laughing emojis to their post: “#Gogglebox Sophie to Pete ‘just because he makes you look like one of the Borrowers’!”

And someone else tweeted: “I’m happy Sophie’s found someone! #Gogglebox.”

Gogglebox next airs on Channel 4 on Friday May 6 at 9pm.