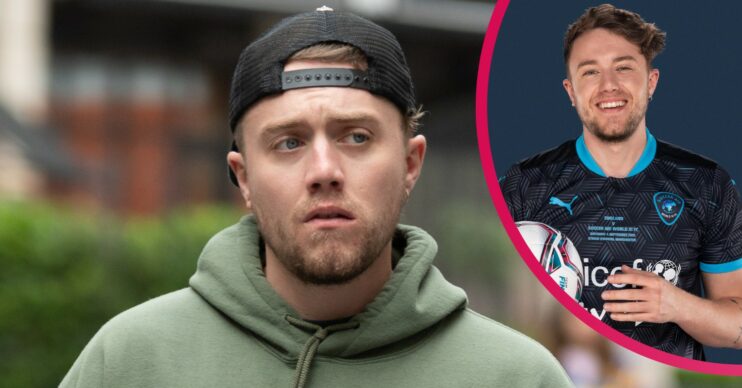 Roman was set to compete in the charity football match alongside his team mates for World XI FC.

I'm absolutely gutted. I've had a positive test come through so I won’t be playing at @SoccerAid tomorrow night. I'll be cheering from a sofa and hope that everyone donates as much as they can for the cause. Come on Soccer Aid World XI FC! 🏆 ❤️

In a series of tweets, Roman explained: “I’m absolutely gutted. I’ve had a positive test come through so I won’t be playing at @SoccerAid tomorrow night.

“I’ll be cheering from a sofa and hope that everyone donates as much as they can for the cause. Come on Soccer Aid World XI FC!”

The host went on to thank his colleagues at Capital FM, as they stood in for him on Friday morning.

In addition, he shared: “Big thanks as well to @aimeevivian & @itswillmanning for stepping in on Capital Breakfast this morning.

“Gonna try and get back on air from Monday live from my bed.”

Roman continued: “AND am just extremely grateful that I have had BOTH vaccine jabs before catching this.

“If you’re still wondering if you should get it please please do.”

Fans rushed to support Roman, with one saying: “Speedy recovery, Roman! What am I supposed to listen to in the morning?!”

A second responded: “Aww sorry to hear that buddy, you must be absolutely gutted. Hope you’re not feeling to bad.”

Is Soccer Aid still going ahead?

The radio star isolated from the rest of his team following the test.

However, there are still concerns over if the virus has spread.

A source told The Sun: “Roman is absolutely gutted he has been forced to pull out of the game.

“He is feeling alright and luckily does not have any bad symptoms.

“It is worrying for everyone involved in Soccer Aid however as Roman was training with a lot of the players yesterday and has been in close contact with so many people.”

The insider added that everyone in contact with Roman is set to get tested.

Furthermore, extra measures are being put in place to prevent any further spread.

Soccer Aid is being help at Manchester City’s ground.

Watch the match on ITV at 6.30pm tomorrow.