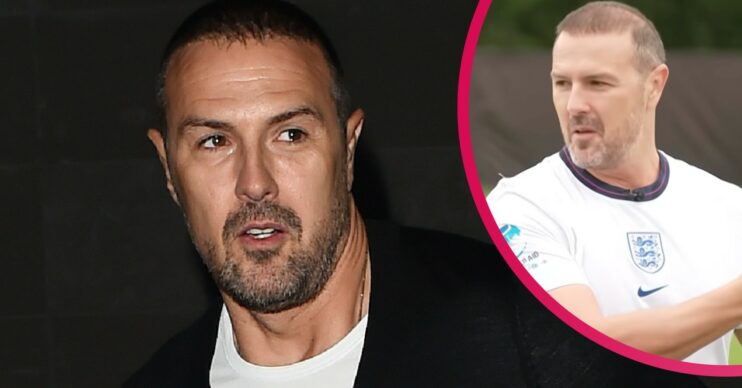 The new A Question Of Sport host was preparing to take to the pitch alongside the England team at the football fundraiser.

However, after suffering a nasty injury, Paddy announced the devastating news on social media.

Taking to Instagram, the star shared a shot of himself at training.

Breaking the news to fans, he captioned the post: “Gutted! For the first time ever I’m having to pull out of @socceraid due to injury.

“Tore my lateral meniscus and it’s not something that can be sorted with the magic sponge.

“Good luck to both teams today and if you’ve got tickets you’re in for a great day for a great cause.”

One fan said: “Won’t be the same without you Paddy! Get on that road to recovery.”

A second shared: “Absolutely gutted, hope you have a speedy recovery.”

Meanwhile, Keith Lemon commented: “Ah no. What a shame. D’ya wanna play out with me instead. We can get the BMX’s out!”

Paddy isn’t the only star to pull out of the match this year.

In a series of tweets, Roman explained: “I’m absolutely gutted. I’ve had a positive test come through so I won’t be playing at @SoccerAid tomorrow night.

“I’ll be cheering from a sofa and hope that everyone donates as much as they can for the cause. Come on Soccer Aid World XI FC!”

Read more: Soccer Aid: Roman Kemp ‘gutted’ as he pulls out after testing positive for COVID

Despite the double loss, Soccer Aid is still scheduled to take place.

The highly anticipated football match is being held at Manchester City’s ground this evening.