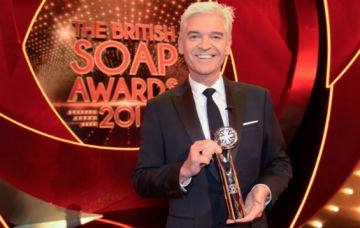 There were some surprises!

Coronation Street and Hollyoaks were the big winners at this year’s British Soap Awards.

Here are all the prize winners from the ceremony at the Hackney Empire in east London on Saturday night.

Read more: Corrie cleans up at awards do

Are you happy with the victors, or did your favourites miss out? Leave us a comment on our Facebook page @EntertainmentDailyFix and let us know what you think!