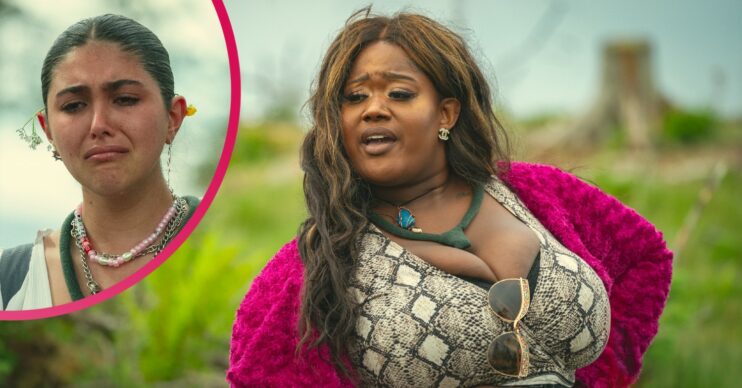 Snowflake Mountain review: Is letting a group of spoiled brats loose in the wild really a good idea?

We’ve all heard of survival shows like I’m A Celebrity… and Survivor, but Netflix’s new reality series Snowflake Mountain takes it to a whole new level – here’s our review.

The series tricks a group of lazy and materialistic adults into the wild.

The contestants are brought to the middle of nowhere with no wifi and no electricity.

There they must learn how to survive on their own,  rather than relying on the bank of mum and dad!

But was bringing a group of spoiled kidults into the wilderness really a good idea?

Here’s what we really think in our honest review…

What is Snowflake Mountain about on Netflix?

Snowflake Mountain sends a group of bratty rich kids into the wild.

The reality show tells 10 whining millennials that they’re going to a luxury resort in the Lake District.

They are actually heading towards a brutal survival bootcamp in the wilderness.

The bratty contestants were sent by their parents in order to teach them to toughen up and stand on their own two feet.

As the line-up of 20-somethings introduce themselves, you learn that they are even more spoiled and entitled than you could imagine.

The cast includes medical dropout Randy, who dreams of becoming a pro wrestler.

Yes, you read that right.

Joining Randy is 26-year-old Solomon, who describes himself as “funemployed”.

Which basically means he eats takeout daily and spends over $500 on his grooming regime!

Also in the line-up is Deandra.

She calls herself a “chaos queen” because she’s been fired from every job she’s had.

What are the challenges on the Netflix reality show?

Before the challenges had even started yet, the contestants were already starting to whine and complain.

But, after only a few steps, the contestants were already starting to struggle.

Even walking was a challenge for these contestants.

One contestant even confessed that they’ve never walked up a hill before.

Navy Officer Joel Graves commented: “When we first decided how to get them into camp, it wasn’t really a challenge in my head.

“But after meeting them I’m a little worried.”

Snowflake Mountain review: Blowing up their luggage went too far

Once the contestants reached their camp, the Army Officers awaited them with a “big surprise”.

The Officers put all of their luggage in a pile in the middle of the forest and blew it up.

Suddenly – quite understandably perhaps – there were tears and ear-piercing sobs as they watched their pile of Louis Vuitton suitcases and designer clothes blow up in front of their eyes.

Chuckling to themselves, the army officers explained: “We’re blowing up their stuff for a couple of reasons…

“To teach them a lesson about adapting and overcoming.

“And simply because we want to.”

But was it a step too far?

While I get the sentiment, I too would’ve felt the same way if I saw my personal luggage turned to ash.

One viewer even tweeted: “Sorry but if you told these kids they were going to a five star resort, they’d have packed all their fave clothes and designer stuff.

One contestant quits the Netflix show within the first five minutes.

After only a short time into the experiment, one contestant decided that they’d had enough already.

Olivia, 25, decided that it was time for her to leave.

Even though the challenges so far had only involved walking and losing their luggage.

She said: “I’m so glad that I came here and saw everything, but I don’t think that I can continue.

In the words of the Army Officers: “Typical snowflake.”

Not ALL millennials are this spoiled

While the show may be fun to watch for some, other viewers have already expressed unhappiness with the way millennials are presented in the series.

Some viewers took to Twitter to clarify that not all 20-somethings are this spoiled and lazy.

One viewer wrote: “I’m a millennial.

“But I will fight you if you really believe millennials are lazy/entitled.”

Another said: “I feel like the cast in Snowflake Mountain are all paid actors.

Snowflake Mountain is currently available to watch on Netflix.

What do you think of Snowflake Mountain? Leave us a comment on our Facebook page @EntertainmentDailyFix and let us know what you think of our story.