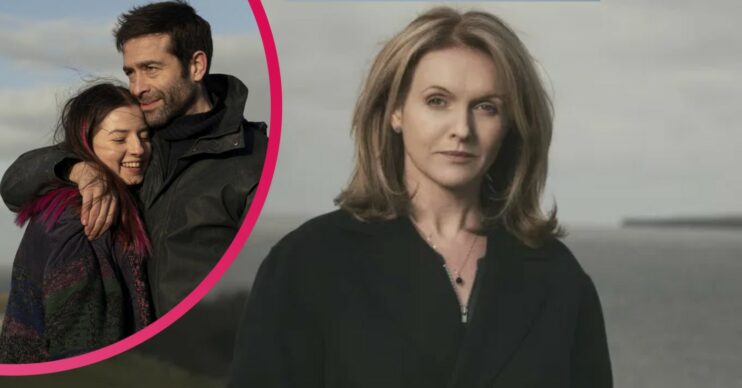 Smother on Alibi: Is the Dervla Kirwan thriller worth watching? The reviews are in

Mixed thoughts on the thriller so far

But is it worth diving into if you missed it? Read on to discover what it’s about – and what the critics’ reviews are saying.

Smother on Alibi – what’s it about?

The trailer for Smother begins with the gut-clenching words: “A body was found this morning.

“And we have reason to believe it’s your husband.”

This Irish drama opens on the story of Val Ahern.

She is celebrating her birthday party with her husband and daughter when she makes the shock announcement that they are separating.

And she’s about to move in with her younger lover.

However, just hours later, their daughter Grace goes missing and her husband is found dead at the bottom of a cliff.

Val subsequently must try to piece together the deceptions that plagued her marriage – while also being a suspect herself.

Emma Ayech, Alibi channel director, says: “This has everything that Alibi viewers love – intrigue, danger, family drama, and some incredible talent involved on both sides of the camera.

“We can’t wait to try and uncover the mysteries of Smother every week.”

Who is in the cast of Smother on Alibi?

TV viewers know Irish actress Dervla best for her roles in Ballykissangel, Goodnight Sweetheart, and the Doctor Who Christmas special episode The Next Doctor.

Most recently, she appeared in The Stranger as Corrine Price, Silent Witness as Amanda Long and Strangers as Megan Harris.

Dervla said: “It’s been a long time since anything this well written about an Irish family has come my way.

“In Smother, Kate O’Riordan has created a riveting thriller that will wake the world up to contemporary Ireland.”

Where is Smother filmed?

Smother is set and filmed on location in a small town on the beautiful and wild west coast of Ireland.

It’s set on the wild and rugged coast of Clare.

How can I watch Smother on Alibi?

Episode two will aired the following night on Tuesday June 08, 2021 at the same time.

Smother is a six-part series.

All episodes air on Monday and Tuesday nights.

What are the critics saying?

Lucy Mangan of The Guardian writes: “It has a seemingly effortless mastery of a large cast of characters, warm intelligence pervading everything, and promotes the gorgeous general sense of being held for the duration in a very safe pair of hands indeed.”

Ed Power of iNews says: “Alas, the first of six episodes failed to take advantage of an evocative coastal backdrop and instead wove a rather pedestrian tale of murder and infidelity.”

Pat Fitzpatrick of The Irish Examiner gushes: “It’s a rare delight to watch an Irish TV drama hit all the right notes.

“I have a feeling Smother is only getting going. The writing and acting is so good, I feel in safe hands settling in for the remaining five episodes. You should watch it too.”