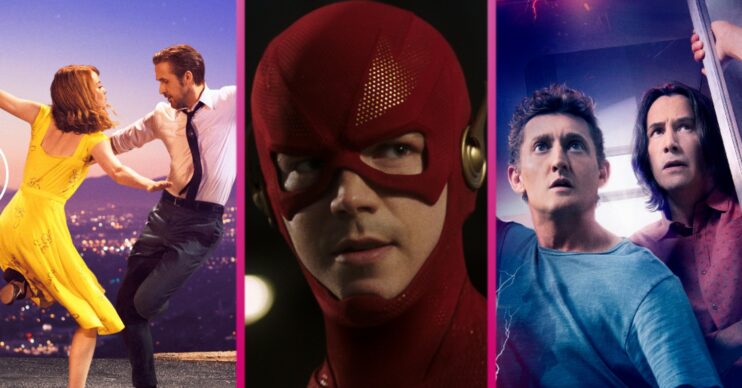 Everything coming to NOW and Sky in July 2021: From The Flash to Knives Out

Who needs nights out when you can curl up on the sofa?

Summer is upon us but there’s still plenty of time to find something to keep us glued to our sofas from NOW and Sky in July.

This month, NOW and Sky have gone all out to make sure there’s something for every mood and fancy.

Classic movies? Some new cult favourites? Or how about some documentaries to keep you utterly gripped?

Here’s everything coming up this month…

What TV shows are coming to NOW and Sky in July?

Uzo Aduba stars in this revamped version of the psychotherapist drama as Dr Brooke Taylor.

One of her patients is Eladio Restrepo, who works as a home health aide for a wealthy family.

Even if you’ve never seen this show, you can jump straight in from here, as season four acts as a reboot.

The new installments of the superhero series are back quick smart.

When an experiment to save Barry’s speed backfires, Nash Wells searches for a way to save The Flash.

Unfortunately, his plan is a dangerous one.

Rob and Romesh Vs (July 8th)

Rob Beckett and Romesh Ranganathan are back to try out some new skills.

This time, they’re spending time with sporting idols with hilarious and disastrous consequences.

Trying their luck as members of Team GB, they later team up with Andy Murray to learn all about tennis.

Manifest returns for its third season of action-packed drama, shocking revelations and the answer to the show’s biggest mystery.

What happened to the passengers of Flight 828?

Turns out, this is also the show’s final season as it’s now been cancelled – so better make the most of it while it’s around.

In the new series, New Amsterdam is still reeling from the pandemic as a plane crash lands in the East River.

What films are arriving on NOW and Sky in July?

Two people find their heart’s desires blossoming after a rendezvous at a party in the Hollywood Hills. However, they also discover that success and careers will eventually come between them.

Keanu Reeves and Alex Winter return as the totally awesome rockers who travel through time.

The time travellers are on a mission after receiving a warning from the future – to create a song to save the world.

Read More: Apple TV+ in July 2021: Everything arriving from Ted Lasso to Schmigadoon!

Christopher Nolan goes deep into the minds of some mind-blowingly clever thieves.

But these are no bank robbers – the vaults they intend to break into are within their targets’ dreams.

Kristen Wiig and Annie Mumolo star as adorable lifelong friends who set off on the ultimate vacation in Florida.

After never leaving their hometown, the duo are soon teaching the world a thing or two about the power of friendship and the wonder of a good pair of culottes.

Jamie Dornan also stars in this hilarious flick – and has a singing and dance number that literally cannot be missed.

Oh My Stars do we love this movie.

Leading a team that cracked the Enigma code, Turing becomes an essential part of the Allies attempts to beat Germany.

With a team of other maths whizzes, the remarkable genius changes the world.

But his life as a gay man leads to tragic consequences for him.

This murder mystery took the world by storm thanks to its all-star cast.

Based around a classic whodunnit format, a rich and privileged family reunion is thrown into chaos when the patriarch dies.

Can Daniel Craig’s detective find out who the culprit is?