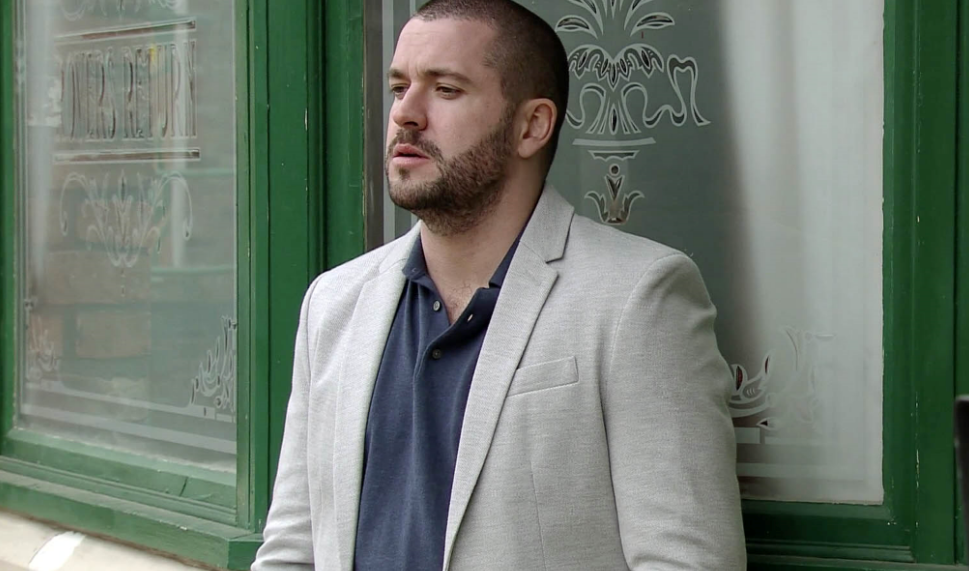 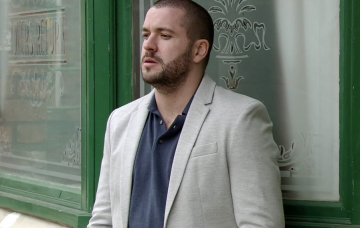 Johnny Connor made the devastating discovery that his son Aidan has taken his own life tonight, and he’s already tormented by how he didn’t spot something was wrong.

Aidan’s suicide has come as a shock to many viewers too because – on the surface – he had the world at his feet and didn’t seem outwardly depressed or suicidal.

But there have been some very subtle clues to Aidan’s mental state and the fact he’s been planning his death for months.

We spoke to mental health charity Campaign Against Living Miserably (CALM) and the Samaritans who have helped Corrie with Aidan’s storyline – these are the clues to his state of mind you might have missed.

As far back as Christmas Aidan was showing signs that everything was getting too much for him. Obviously he’d just lost his business and was upset Johnny wouldn’t back him as he tried to start from scratch and he slipped into depression. But the warning signs were already there. Remember when he got drunk and punched his dad in the Bistro?

Around the same time he also started to hit the bottle – hard. Other Corrie residents have pointed out that he’s seemed distant and not full engaged with what’s going on around him. He didn’t realise how loudly his TV was or that the coffee machine was overflowing on Monday’s episode.

Remember when Aidan sobbed his wee heart out when he was by himself just after his kidney operation? According to the Samaritans being more emotional and tearful, yet masking it from those closest, could be a sign that someone has suicidal intentions.

Spokesperson for the charity, Lorna Fraser told us: “It’s important to make the point that sometimes there are signs, but people also work hard to disguise these, so sometimes there don’t appear to be any obvious signs.”

Giving away his possessions and money

We’ve seen Aidan give his expensive watch to Liam and pay for a new outfit for Summer. He also gave Eva’s engagement ring back to her. According to CALM, giving away possessions like this could be a sign that someone has suicidal ideation.

On Monday we saw him give Johnny an expensive gift as a going away present and his last dance with Eva – both Aidan saying goodbye to the people he loves in his own way.

He even took Maria’s little boy Liam for a final kickabout in the park.

Lorna pointed out that during Aidan’s goodbye speeches he gave away some clues about his intentions. He told Eva she was better of without him and that he wasn’t ready to be a dad – both signs of low self worth. He also thanked Johnny for putting up with him – another sign of his sunken sense of self.

Lorna told us: “People who are feeling suicidal can feel a burden and falsely believe their loved ones would be better off if they were no longer here – which is not the reality.”

Not unpacking at his new flat

Aidan’s stuff is still all boxed up at his flat. He didn’t bother unpacking any of it as he was already planning on taking his own life so didn’t see the point.

His suicide note to Johnny

Kate Oates pointed out that Aidan has been thinking about killing himself for quite some time but put it off after Carla announced she needed a new kidney. He actually intercepted the postman after posting a note to Johnny because he’d decided to help Carla before his suicide.

Speaking to Metro.co.uk the Corrie boss said: “There was an episode some time ago when Carla said to Aidan and Kate that she wasn’t very well – she needed a kidney transplant and they were her best chance at a match. The next day, Aidan went and intercepted a letter at Johnny’s house.

“As writers and storytellers, we’d got ourselves to a point where Aidan was planning on doing it that night, but he decided to hang on for Carla. It didn’t mean he was better or sorted, but he just decided to hang on to help her.”

If you are worried about any of the issues raised in tonight’s Coronation Street you can call Samaritans for free any time of the day or night on 116123, or email jo@samaritans.org or visit our website to find their nearest branch if they’d like to speak to someone face-to-face.

Leave us a comment on our Facebook page @EntertainmentDailyFix and let us know what you think of Aidan’s tragic storyline.