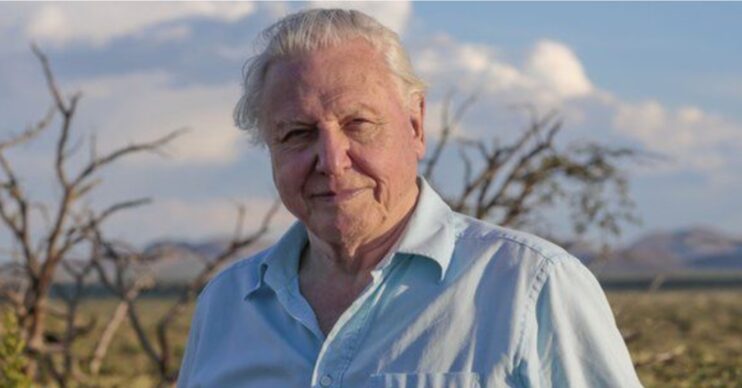 We do love an Attenborough documentary

British icon David Attenborough is back on our screens tonight with his latest BBC show Attenborough And The Mammoth Graveyard.

Sir David, 95, joins biologist Ben Garrod and a team of investigators at a mammoth graveyard near Swindon, Wiltshire, to explore whether Neanderthals might have killed the Ice Age beasts.

The team of archaeologists and palaeontologists excavate a quarry after amateur fossil hunters discovered a huge fossilised leg bone of what turned out to be a mammoth.

Sir David became very excited by the find and decided to investigate further.

The legendary broadcaster is notoriously private about his personal life.

But in his 2010 memoir “Life on Air'” the broadcaster gave a heartbreaking insight into the death of his beloved wife, Jane.

Who was David’s wife, Jane Oriel?

The wildlife filmmaker tied the knot with his wife Jane in 1950 when he was 24, and they lived together in the London borough of Richmond Upon Thames.

The couple soon welcomed two children Robert and Susan, who are now in their fifties and live their lives away from the spotlight.

After spending 47 years married, Jane sadly passed away in 1997 at the age of 70 from a brain haemorrhage.

At the time, David was filming The Life of the Birds documentary for the BBC in New Zealand and, while he was away, he received the sad news that his beloved wife had collapsed.

He flew straight home to be by her side and thankfully arrived just before she passed away.

David mentioned holding her hand in his book and wondering if she would respond.

He wrote: “She did and gave my hand a squeeze.”

He also admitted he was lost without her, writing: “The focus of my life, the anchor, had gone. Now I was lost.”

He told the Daily Mail in 2009 that he still lived in the same house that they had raised their children in.

“The thing is, when you go around the house, you know that, no matter how many doors you open, there is not going to be anybody there, and that’s a pity,” admitted David.

Read more: Which animal does David Attenborough not like? A Perfect Planet host reveals his least favourite critter

Also, in his memoir, he explained that returning to work was his salvation.

He said: “I was in the middle of a series when my wife died.”

“I took time off, of course, but there was an obligation there. There were things to do.”

“It’s a great relief when somebody is driving you to get on with things.”

Sir David returns to TV screens in Attenborough And The Mammoth Graveyard on Thursday, 30 December 2021, BBC One at 8 pm.