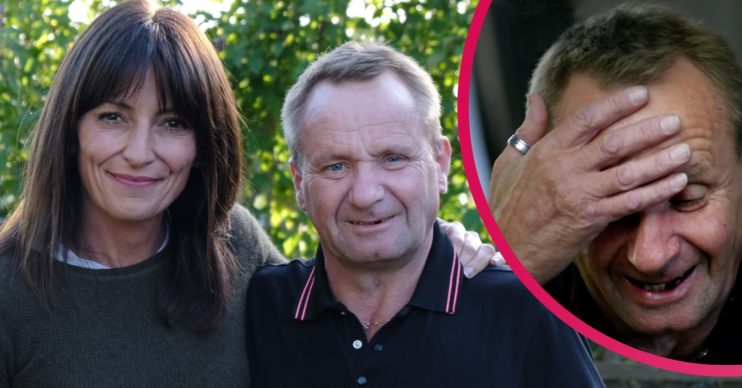 Simon first appeared on the show back in June on a special about ‘foundlings’ who were abandoned by their parents.

In the Born Without Trace: What Happened Next special, we went back to see how things had developed for Simon since the show aired his story.

What happened to Simon Jeffery on Long Lost Family?

The recap of Simon’s story told us he was abandoned in a corned beef box in 1963.

He discovered last time that his parents were actually married and had children already. Simon was their last child and the only one they gave up.

The shocking reality Simon was forced to face was only made better by meeting his siblings.

He was the only one left. So unfair.

The update revealed that Simon’s brother, Steven, who hadn’t wanted to appear in the original show, had a new revelation for Simon.

Steven took Simon to the family home where his six siblings grew up.

He then admitted he had been told by their mother that there was another child. She wanted Steven to find him.

But at the time Steven had felt it was some ramblings and their mother didn’t know what she was saying.

Simon was so deeply moved by this he said: “It proves she still loved me and she still thought of me. It was quite touching, that was.”

Simon’s spent birthdays and Christmas with his new family and is enjoying getting to know them.

Viewers were once again heartbroken by Simon’s story, even those who had heard it before on the original show.

“Imagine being the last of six kids and the one they chose to give away. How do you process that?” asked one.

Another added: “This story breaks my heart. I’m so happy he got to meet his siblings.”

“This story upsets me. He was the only one left. So unfair,” said a third.

Imagine being the last of 6 kids and the one they chose to give away. How do you process that. #longlostfamily

This story breaks my heart. I'm so happy he got to meet his siblings. #longlostfamily

This story upset me. He was the only one left. So unfair. #longlostfamily

Oh my goodness, what a heartbreaking story. The shock and hurt in Simon’s face 😞. Bless him 💔. #longlostfamily