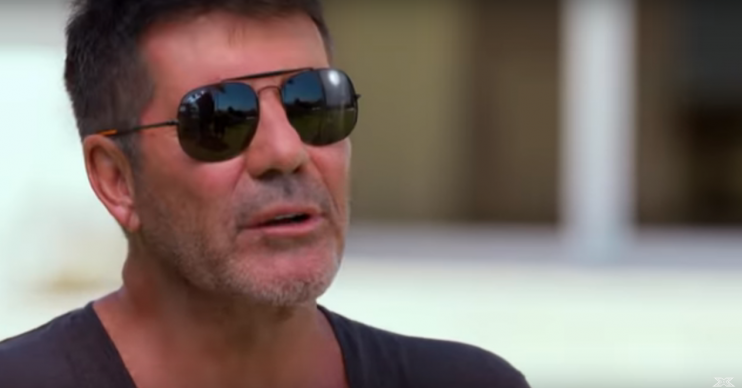 Simon Cowell admits to an embarrassing wardrobe malfunction in a sneak peek of what goes on behind the scenes of X Factor: Celebrity when plans go awry.

“My shorts are falling down,” a casually-dressed Si is heard whispering to fellow judges Nicole Scherzinger and Louis Walsh in a blooper reel released on YouTube.

And although viewers are spared the sight of Simon, 60, struggling to keep his underwear free from the gaze of prying eyes, the short compilation of clips suggests all of the show’s stars fall prey to the occasional slip.

And that includes host Dermot O’Leary, seen fluffing his lines as he introduces the ITV programme’s acts.

Footage showing Nicole, 41, acting the diva also features. She bellows for assistants to attend to her hair before later uttering: “I hope we use the funny bits.”

Also among the outtakes is a moment illustrating how success on British TV doesn’t always translate to global fame.

“You all sleep with each other?” Ricki Lake is seen asking the former Love Island crew of Wes Nelson, Zara McDermott, Samira Mighty and Eyal Booker. In fairness, that is the concept of the show where they all first met.

“That was absolutely excruciating,” journalist Martin Bashir goes on to comment very fittingly – even if he was probably referring to an unexplained moment relating to one of his own musical performances.

“If it doesn’t work, I look like a total idiot,” Simon is heard pondering towards the end of the clip.

But is he referring to the show itself or the elastic in the waistband of his shorts?

The X Factor: Celebrity line up was met with a mixed reaction from fans after being confirmed a few weeks ago.

However, telly performances from Jenny Ryan and Wes Nelson have wowed viewers who were stunned by the famous faces’ singing and rapping skills.