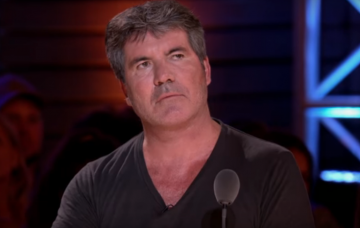 Simon Cowell reveals The X Factor has been renewed until 2022

Simon Cowell says The X Factor is being renewed until at least 2022.

The 59-year-old music mogul has revealed ITV has offered to keep the talent show on screens for the foreseeable future, after winning over a “younger” audience.

He told The Sun newspaper: “We’ve just been offered an extension on both shows because of the 16 to 34-year-old audience.

“We could probably do three years or five years.

Though Simon admits they’ve lost viewers of late, he’s positive about the future.

He continued: “We’re losing people now but fortunately the young audience has actually grown this year and all the advertisers and the sponsors want that income on a Saturday.”

The younger audience is no doubt down to having One Direction heartthrob Louis Tomlinson, 26, on the judging panel, which is also comprised of Robbie Williams and his wife Ayda Field.

Read more: X Factor viewers convinced they have proof this weekend was fixed

Simon’s positivity about the future of the programme comes two weeks after the show earned its lowest ever rating figure since it started in 2004, with just 4.78 million viewers tuning in as it was plagued with sound problems.

Simon – who is also the boss of ‘Britain’s Got Talent’ – revealed that he is also planning to rejig the show’s format and is even contemplating a celebrity version.

“ITV have been amazing actually this year. We had this really good run on ‘BGT’ with the live shows and we coped without Ant (McPartlin).

“We’ve got the new dance show on the BBC, and two other music shows, which I think will be announced soon and we’re going to do over the next two years as well.”

The Syco label chief is also busy working on his first show for the BBC. The Greatest Dancer will see with soloists, duos and groups auditioning on stage in a bid to be crowned the UK’s best dance act.

Simon is reuniting with former X Factor judge Cheryl, who is joined on the panel by Strictly Come Dancing professional Oti Mabuse and Glee’s’ Matthew Morrison.

The new show will air in 2019, and Britain’s Got Talent’s Alesha Dixon and Diversity star Jordan Banjo are set to host the Saturday night competition.

Are you happy The X Factor’s sticking around? Leave us a comment on our Facebook page @EntertainmentDailyFix and let us know what you think.

The X Factor continues on Saturday night at 8.30pm