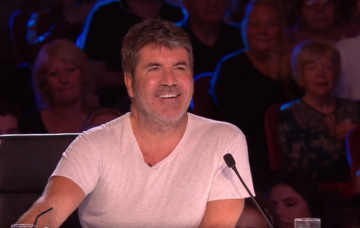 Music mogul could give the champion coveted exposure in America.

There’s a lot at stake for tonight’s Britain’s Got Talent finalists. Not only could they bag £250,000 and a spot at this year’s Royal Variety Performance, but Simon Cowell has reportedly got another reward up his sleeve.

According to the Daily Star, the judge intends to help make the champion of the 12th series a global sensation by giving them a coveted performance slot on America’s Got Talent.

“Simon has been working behind the scenes to make this happen. He knows this will be a big deal for whichever act wins because it will give them a profile in America,” their source said.

“They will effectively win the best prize in BGT history.”

Simon has previously teased about an extra prize for this year’s winner.

America’s Got Talent has a worldwide audience of 15million and the stars clamour to get a performance slot on their live shows.

The auditions for the new series are currently airing with judges Heidi Klum, Mel B, Howie Mandel, and of course, Simon.

As the hit show is produced by Simon’s company Syco, he would be able to give the BGT winner a huge opportunity to extend their fanbase across the world by taking to the famous stage.

Few of BGT’s previous champions have become huge stars outside the UK but that could all change for this year’s winner with Simon’s support.

ED! have contacted BGT and Simon’s rep for comment.

There’s also the wild card finalist who will be revealed on tonight’s show, picked from the semi-finals’ runners-up.

Currently bookies are backing comedians Robert White and Lost Voice Guy as the most likely to win, but they haven’t ruled out DVJ taking the title if the comics’ jokes in the final fall flat.

“Comedians are very difficult to price as clearly it will be new material on the night, therefore the safe option might just be DVJ,” said William Hill spokesman Rupert Adams.

The Britain’s Got Talent live final is on ITV tonight at 7.30pm

Who do you want to win BGT? Leave us a comment on our Facebook page @EntertainmentDailyFix and let us know what you think!