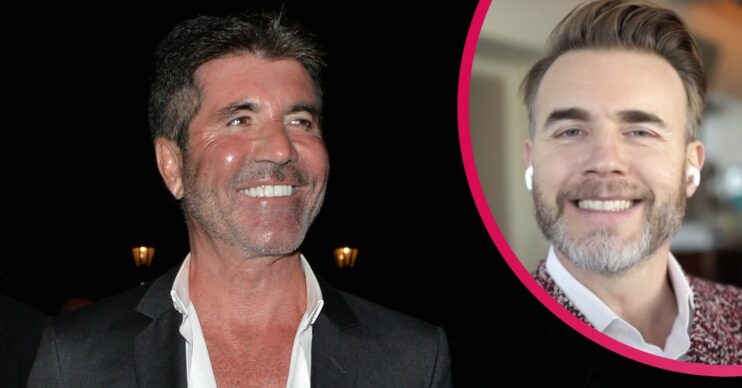 Simon Cowell quits Walk the Line: Has ‘real reason’ he won’t be a judge on new ITV musical show been revealed?

Simon Cowell stepped away from his Walk the Line judging role just before reports about the show’s format emerged.

The Sun claimed today (Tuesday November 2) that the ITV series will only air for one week in December.

It was reported yesterday (Monday November 1) that Simon was moving away from an onscreen role to spend more time with his family.

But now reports are speculating the change may have more to do with the musical programme’s scheduling.

ED! has approached representatives for ITV and Syco Entertainment for comment.

What is the latest Simon Cowell news regarding Walk the Line?

Walk the Line was being billed in reports as Simon’s big TV comeback.

However, he confirmed yesterday that he will be focusing on his role as producer of the show.

Gary Barlow will act as a judge, reportedly alongside singers Mabel and Craig David, instead.

Additionally, The Sun reports the live show will air as six episodes over six consecutive nights.

What nights will Walk the Line be on TV?

The schedule for Walk the Line has yet to be confirmed.

But according to the tabloid, it may not be on Saturday nights like X Factor – or even on at the weekend at all.

An unnamed TV insider was quoted as saying: “This might come as something of a surprise to viewers as they associate Simon’s shows, namely X Factor and Britain’s Got Talent, with Saturday night telly.

Walk The Line is very much a mid-week show.

“But Walk The Line is very much a mid-week show, in a similar vein to the BGT live finals.

“Except the live final of the new game show may not even fall on a Saturday. ITV schedulers have yet to decide.”

The source also claimed Simon reckons “stripping” the show is more in keeping with binge-viewing expectations.

What did Simon say about Gary Barlow ‘replacing’ him?

The decision comes a year after he broke his back following an accident on an electric bike.

Simon announced in a statement: “This is a situation where I have decided it is right for me to focus on my role as the creator and producer as we build up to the hugely exciting launch.

“Gary’s musical pedigree is second to none – and we have known each other a long time now. So I am delighted he is picking up the baton for me for the first series of Walk the Line. I know he will do a fantastic job.”