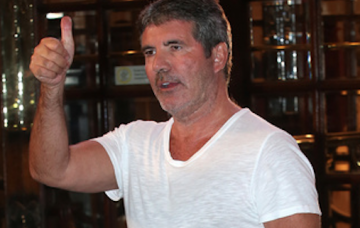 Could ITV lose out on the light entertainment shows?

Talent show head honcho Simon Cowell has revealed he is in talks with streaming giants Netflix and Amazon.

The 59-year-old TV judge is reported to be discussing a potential future for shows The X Factor and Britain’s Got Talent away from ITV, the broadcaster with whom he has been most identified with for nearly two decades.

According to newspaper reports, the surprise decision to open up the possibility of a new home for both of the long-running light entertainment series comes at a time ITV have tabled a bid to retain the shows.

YouTube is also said to be interested in working with Simon, who told the Mail he would be taking advantage of “opportunities” made available by the development of digital media.

He is reported to have told the newspaper: “We are having conversations with Netflix and Amazon and YouTube – all of them.

“It was 2000 when we started making these shows, and now there are many, many more opportunities, so we are going to be working with them.

“We get four or five calls a year from other broadcasters saying, ‘do you want to do a deal for one show, two shows, three shows, whatever?'”

However, it seems ITV may be rattled by the claim as – according to The Sun – the broadcaster has offered big money to keep The X Factor and BGT.

Read more: Viewers to be torn as best new TV dramas of 2019 go head to head

An unnamed industry insider is quoted as saying: “There are no plans to move either Britain’s Got Talent or The X Factor to Netflix.”

Just a few days ago it was confirmed there will be two series of The X Factor this year in an attempt to boost flagging ratings.

“We haven’t exactly confirmed the dates or the order of the shows, but essentially there are going to be two versions of X Factor running this year,” he said.

Revealing the revamp would see a celebrity version of the series and an all-star edition with past contestants produced, Simon also admitted negotiations with ITV were ongoing.