Simon Cowell has let slip a surprise on the eve of Britain's Got Talent: The Champions.

The series' head honcho, 59, has revealed that judge Amanda Holden will showcase her own talents during this series.

Amanda, 48, has recently signed a £1million pound recording deal with Virgin EMI after a video of her singing went viral.

Simon revealed on today's episode of Lorraine that fellow judge Amanda - more used to sitting behind the desk - will be appearing on-stage at some point during the next series.

A fantastic Daddy and husband. We made this little video for #TheGreatestshowman in our life to celebrate #10 years married and Chrispy’s birthday today. We’re sharing this with you too and wish you all a happy & joyous Christmas pic.twitter.com/Na3XCZdheB

All four judges appeared on the episode and chatted on a couch.

"He's asked me whether I want to sing on BGT next year and I've said yes," Amanda revealed.

"Providing it's live," Simon joked back.

"Of course it's live!" Amanda laughed.

"Are you going to audition for all of us now?" Simon asked.

I just signed a deal with Virgin, I don't need to audition

"I just signed a deal with Virgin, I don't need to audition," Amanda said. 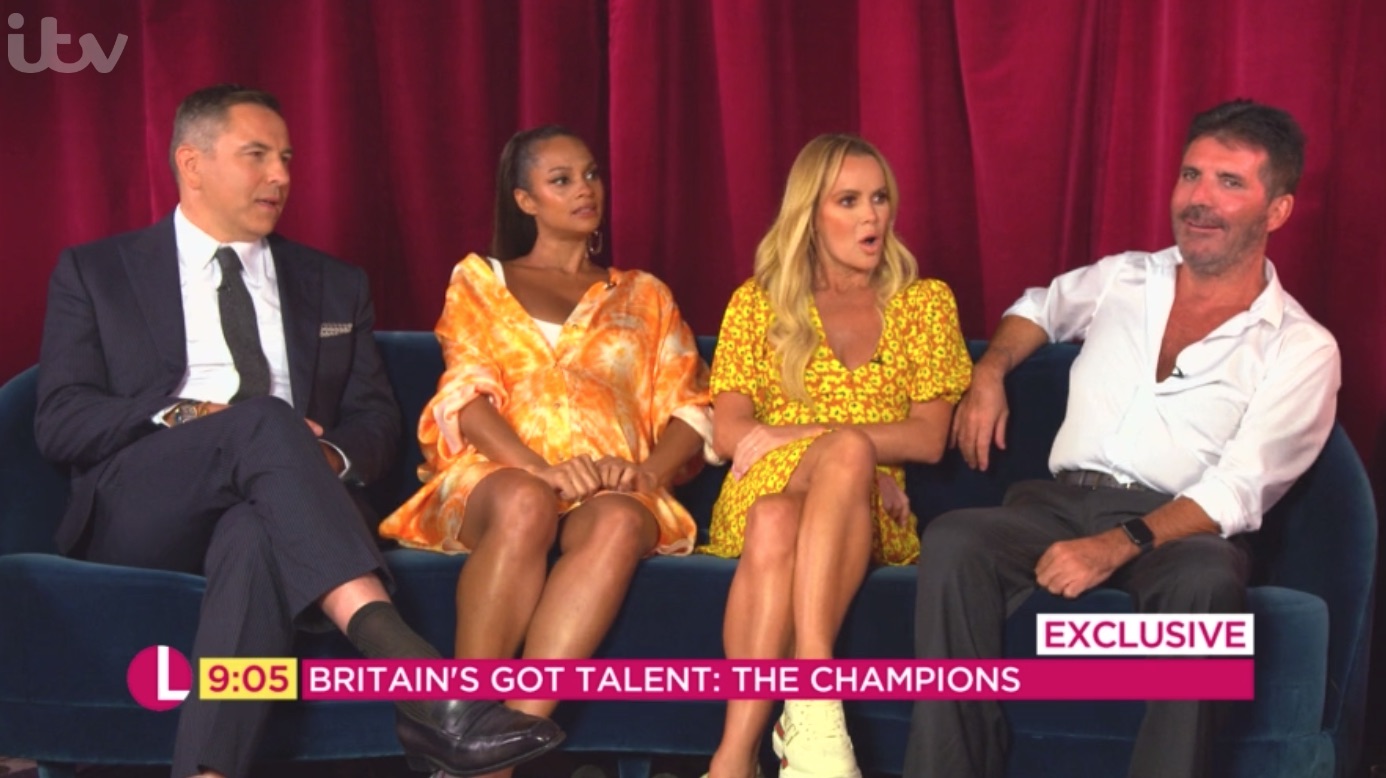 The four judges are preparing for tomorrow's first episode of The Champions.

ITV has now revealed who will be appearing, including Paul Potts - winner of the very first series in 2007 - will take part in tomorrow's opening show.

Also appearing are 2012 winners Ashley and Pudsey, albeit with new dog Sully.

Other stars appearing tomorrow night include 2007 finalists Connie Talbot (who was only six-years-old when she appeared 12 years ago), and acts from the Ukraine, America, Australia and Asia.