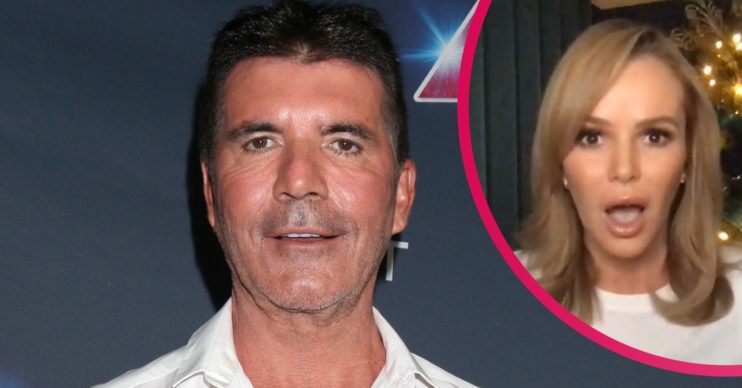 The BGT judge spoke about her pal on Loose Women

Simon Cowell had a bike accident this year and unfortunately for fans, he reportedly will not be returning for the Britain’s Got Talent Christmas special.

His BGT co-star Amanda Holden was on Loose Women today (Monday, December 14) to chat about her new Christmas single.

And with a special festive episode of BGT coming to screens soon, the panel quizzed Amanda on the music mogul’s health.

Loose Women presenter Coleen Nolan asked about Simon’s return and Amanda confirmed: “Mr Cowell is coming back, I spoke to him on the phone about four weeks ago now and he sounds on top of the world, he is back in an amazing space.

“Apparently he looks fantastic as well, and he’s definitely back for the next series, which we’re filming in January so it’s pretty imminent. It feels like we’ve never left it this year, we’ve been doing it non-stop, whereas it’s normally done and dusted by Easter.”

Coleen said: “So he’s not back for Christmas?”

Amanda explained that, sadly, Simon will not be in the BGT Christmas episode.

She spoke about one particular moment in the show she felt sure would feature the music boss.

But it wasn’t him. It was a very good moment, but they missed a trick.

“But it wasn’t him. It was a very good moment, but they missed a trick.”

The news will be a blow to Simon’s fans, as Amanda appeared to hint last month that he could feature.

Simon Cowell back for next series of BGT

Speaking on This Morning, Amanda said of the festive special: “All of us judges are performing as well as past BGT winners.

“There’s going to be no competition, just loads of fun. It will be a wonderful Christmas present.

“After you’ve drunk too much sherry, you can undo your trousers and sit back and enjoy.”

She added, teasing viewers: “Simon may make an appearance, he may not.

“I have spoken to him in the last three weeks.

“I’ve heard from the horse’s mouth that he’s well, fighting fit and can’t wait to get started.”

Will you be watching the Christmas episode of BGT? Leave us a comment on our Facebook page @EntertainmentDailyFix and let us know.