Former rugby star Thom has been performing as part of boy band Try Star on The X Factor: Celebrity.

Despite saying he had sworn off women while on the show, it has since been reported he's secretly dating judge Nicole. 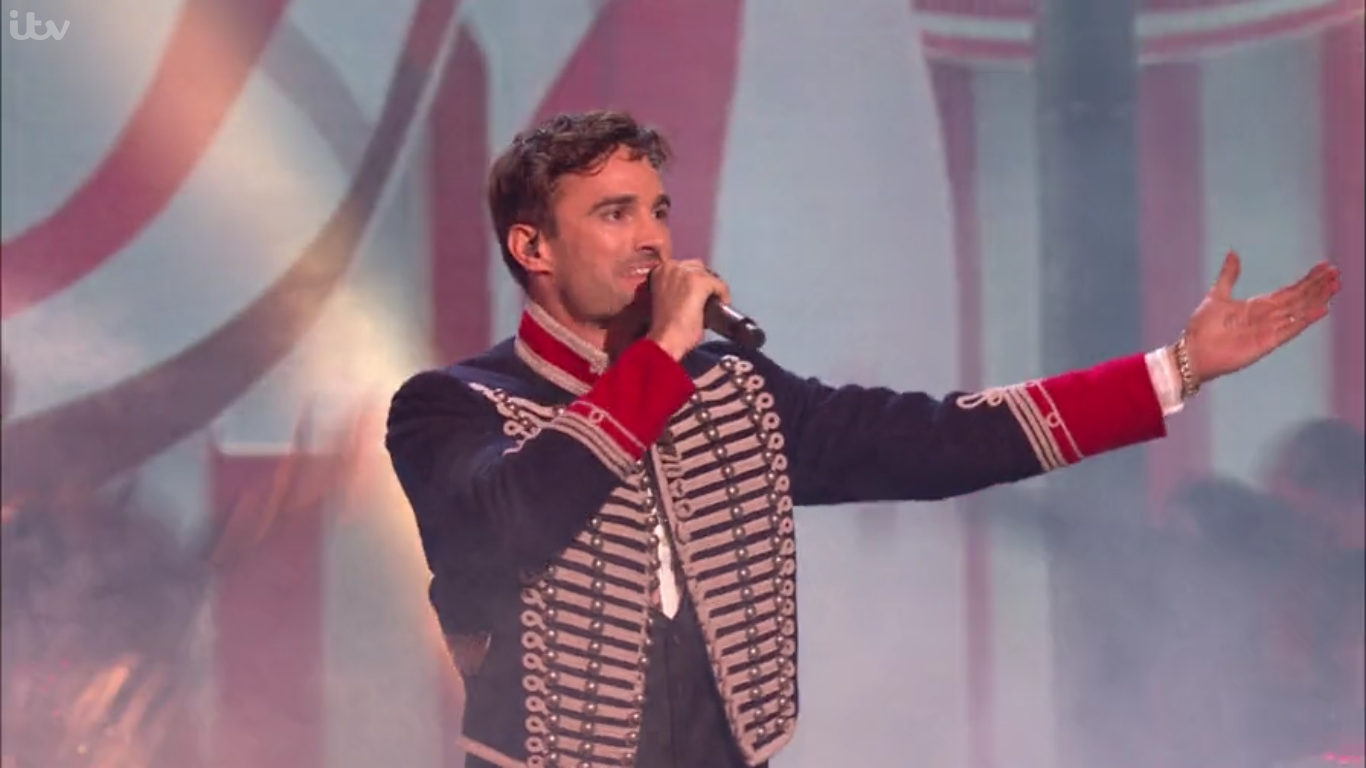 Thom and Nicole recently enjoyed a romanctic date, according to reports (Credit: ITV)

Nicole hadn't even commented on the performance before Simon gave Louis a cheeky wink.

You really love this act a lot.

"Seriously it's the greatest show because you have three rugby players up here who turned out to be true showmen, gentlemen. Last week you were winning wet T-shirt contests and this week you look like a million bucks." 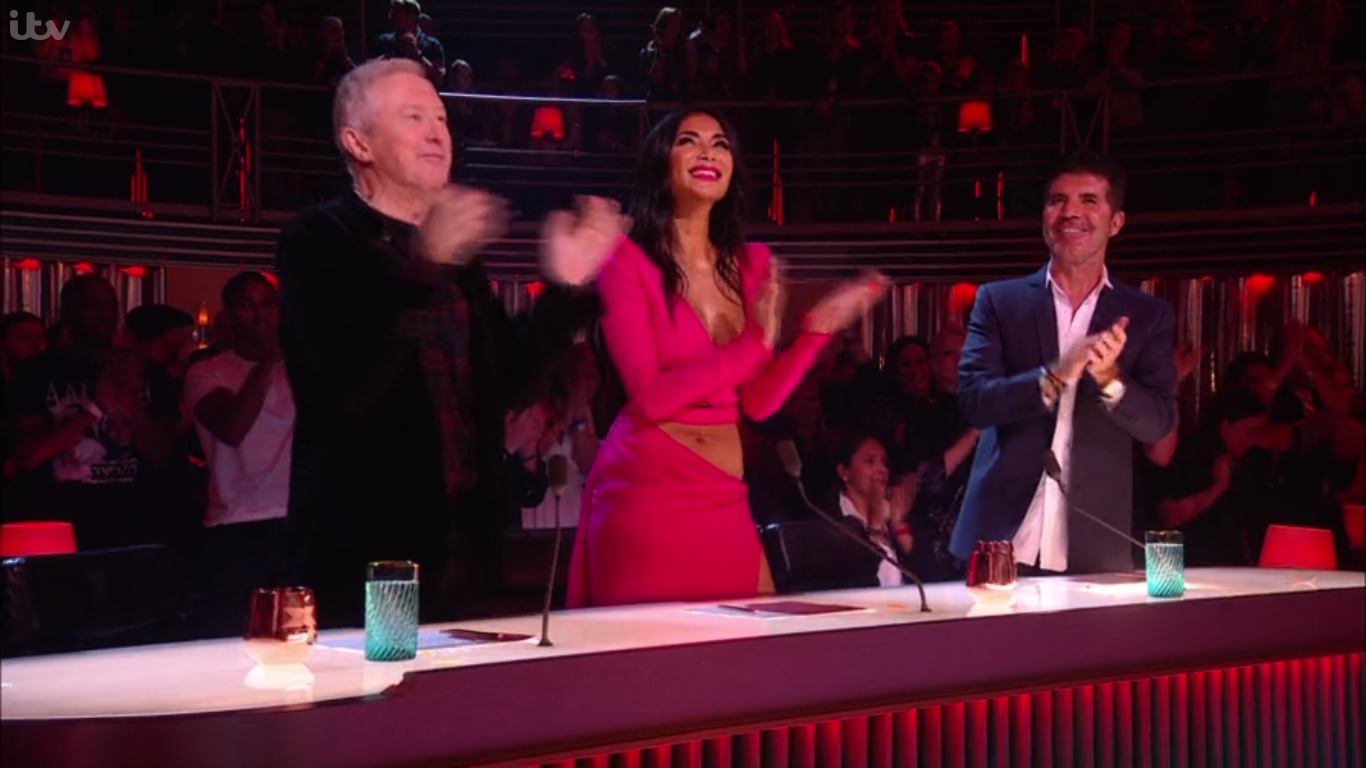 Seemingly confirming the romance rumours, Louis said: "Nicole, I agree with you but you really love this act a lot. And I like the fact you love them so much. She genuinely cares about them, Simon."

A grinning Simon cut in: "I agree she is invested in this act. She likes the act."

According to The Sun, Nicole, 41, and Thom, 34, recently spent a romantic evening together following weeks of flirting. 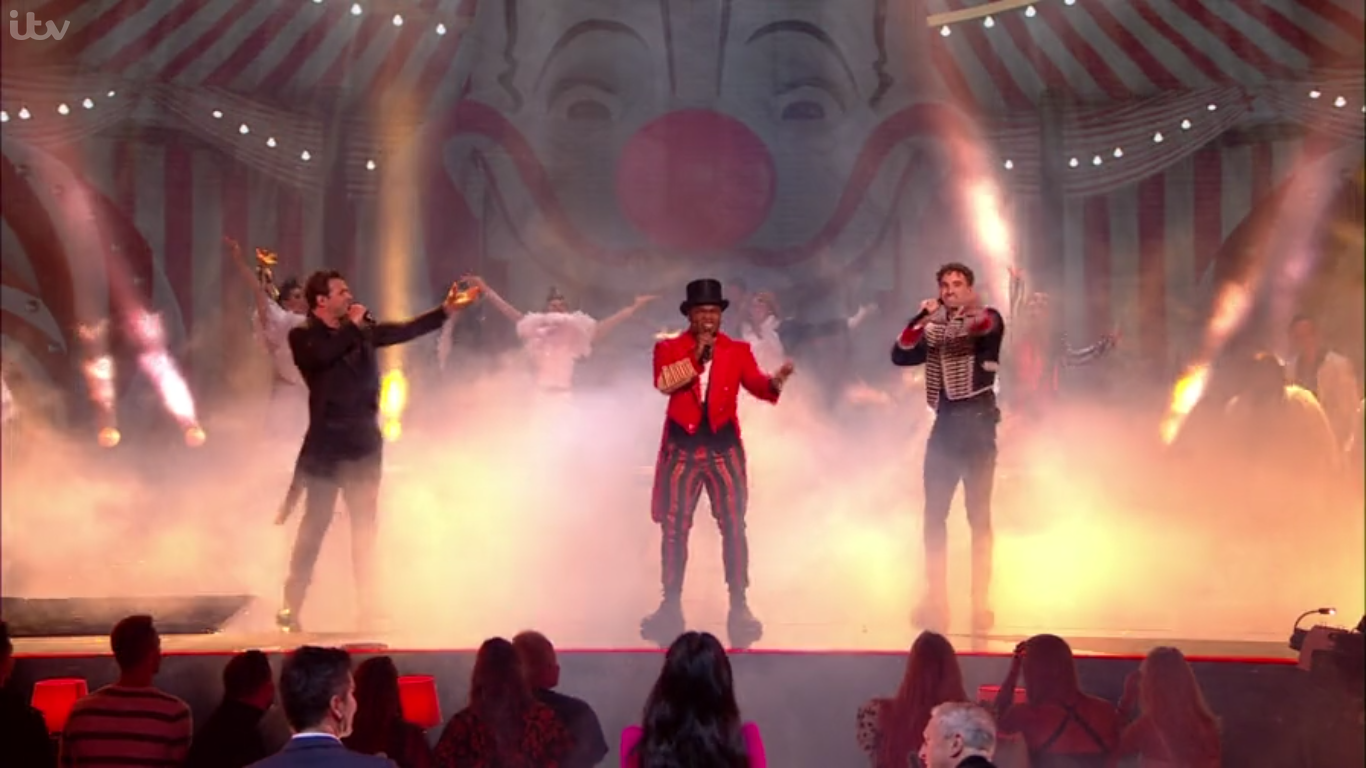 Try Star opened the show with a rendition of The Greatest Show (Credit: ITV)

"Thom is completely Nicole's type. And for his part, Thom was smitten early on - he's always said Nicole is one of the most beautiful women in the world," a source is reported to have told the newspaper.

"He fancied her long before meeting her on the show. He was initially a bit nervous about starting something up and ruining his chances on the series, but they had great chemistry from the off."

The source continued: "And after weeks of texting, Thom finally plucked up the courage to ask her out, and took her for dinner."

- X Factor: Celebrity continues next Saturday on ITV at 7.10pm