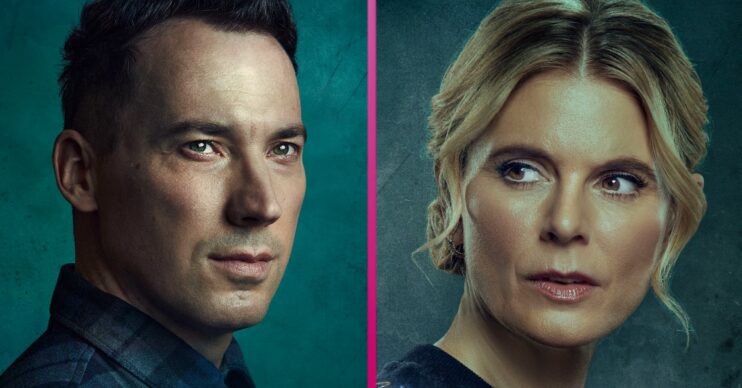 Silent Witness series 25 on BBC One: Are Nikki and Jack together?

The pair seemed to finally get it ON at the end of series 24!

Silent Witness is back for a 25th anniversary series, and Nikki and Jack fans will be dying to know if the colleagues are together…

Well, there’s good news, and bad for those of you hoping for little Nack babies.

Of course, viewers know that the pair finally appeared to give in to their feelings for each other at the end of series 24.

So what happened, and where are they at the start of Silent Witness series 25?

What happened between Nikki and Jack in Silent Witness series 24?

After teasing us fans for bloody years, Nikki and Jack finally got together in the season finale of Silent Witness series 24 in 2021.

The pair first shared a kiss roughly halfway into the 10th and final episode in October 2021.

Both of them had flirted with romance elsewhere in the series – Jack with a friend of Simone, and Nikki with student Ollie.

But thankfully for fans who had hoped they’d get together eventually, Jack and Nikki finally did hook up.

In the closing minutes of a dramatic episode, we saw Jack return to his house to find Nikki lying asleep on his sofa.

In the very final shot, she opened her eyes and the two shared a loving look at each other while holding hands.

More kissing was surely to come?!

Yes, we know that sounds creepy, but we’ve already binged Conversations With Friends, and we need to find a happy ending somewhere!

Are Nikki and Jack together in Silent Witness series 25?

We’re thrilled to tell you that Nikki and Jack ARE together at the beginning of Silent Witness series 25.

The BBC press office tells us that, in episode one, Jack and Nikki are navigating their feelings for each other.

Actress Emilia Fox, 47, explains where we find her character Nikki at the start of episode one.

She says: “We follow on from the end of series 24 and Nikki has spent the night at Jack’s house.

“It’s the beginning of their relationship.”

When asked if viewers can expect more romance between Nikki and Jack in Silent Witness series 25, she says: “The kiss begged the question of why these two people who have worked together for so long and love each other and are single were not already having a relationship.

“It threw up many questions.

“How do friends transition to a relationship? Does that relationship dominate everything? How does it work alongside the job? What happens if it goes wrong?

“The lovely thing is that the audience have wanted Jack and Nikki to be together.

“It’s great that they have invested so much in that relationship.”

Will Nikki and Jack stay together?

Emilia Fox tells us: “Do they maintain their romance?

“You’ll have to wait and see!”

Actor David Caves, who plays Jack, says: “At the end of the last series, there was a little tease of a kiss between them.

“We continue to tease that and keep it ambiguous – we don’t want to give away too much too soon.

“We want people to ask, ‘what’s going to happen next?’ and we hope people will really start to be invested in that relationship.”

Of course, the bad news is that it’s not certain the pair will stick together in series 25 of Silent Witness.

Is it even ethical for lovers to work alongside each other?

Do viewers wants Nikki and Jack to be together?

Not everyone wants Nikki and Jack to be together.

Writer Paul Hirons argues that the series shouldn’t have caved in to the will-they-won’t-they relationship saga.

And he’s got a point.

Viewers often just love the chemistry of the attraction.

But what happens when they become a slipper-wearing, bickering couple who take their arguments into the workplace?

We’re interested to see where the scriptwriters take it…

Fans are fully behind the couple, though.

“Can Jack and Nikki just live happily ever after together now please?”

Another tweeted: “The chemistry that Nikki and Jack have in Silent Witness is UNPARALLELED.”

A third said: “I’ve never wanted two people to get together more in a TV show than I have Nikki and Jack in Silent Witness.”

“Silent Witness back tomorrow,” says another, “and if Jack and Nikki do not get together I will personally be coming for the scriptwriters.”

Are you excited about Amanda Burton’s return as Sam Ryan in Silent Witness series 25? Leave us a comment on our Facebook page @EntertainmentDailyFix.