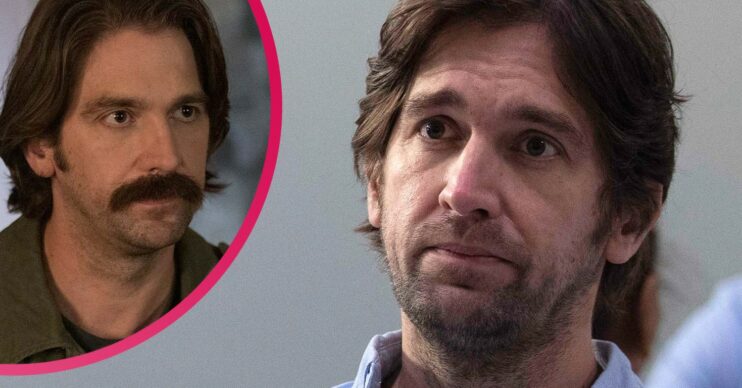 Killing Eve fans will recognise the actor from his ill-fated character!

Jack Hodgson’s brother Ryan Kelvin turns up like a bad penny in tonight’s Silent Witness – but who plays him and where have you seen him before?

TV addicts will recognise the Irish actor from one of the biggest TV dramas of recent years.

Here’s everything you need to know about the actor and his character in Silent Witness!

In the episode, entitled Bad Love, Jack finds himself forced to confront the secrets from his own hidden past…

Silent Witness viewers first met the character of Ryan in the episode Fraternity in series 17.

Jack was instrumental in getting his brother arrested for blackmail and coersion.

What has Owen McDonnell been in before?

Actor Owen McDonnell will be well known to fans of crime dramas.

He is probably most famous for his role as long-suffering Niko Polastri in Killing Eve.

This year, he appeared as dodgy Frank Mercer in the second series of The Bay.

Owen’s character was the man behind the murder of Stephen Marshbrook – he didn’t get his hands dirty though, he paid a hitman to do it!

This year, he has also starred as Mark Ryan in Three Families.

Read more: Silent Witness: Are Nikki and Matt still together?

Who is Owen McDonnell – who plays Jack Hodgson’s brother in Silent Witness?

Owen McDonnell is an actor, who made his name playing Garda Sergeant Jack Driscoll in RTÉ Television’s Single-Handed.

He attended the Central School of Speech and Drama in London, after moving to the city in 1996.

Owen has appeared on TV, in film and on stage in theatre.

How old is Owen and where is he from?

Owen, who plays Jack Hodgson’s brother in Silent Witness, was born in 1974, and is currently 46.

He is the youngest of four children.

Despite playing a man with Polish ancestry in Killing Eve, Owen is in fact from Ireland!

He was born in Galway.

What happened to Owen McDonnell’s character Niko in Killing Eve?

In 2018, Owen first appeared in the role that would catapult him to global fame – Niko Polastri in Killing Eve.

Viewers will know that Niko was Eve’s husband and her moral compass – who consequently becomes the target of serial killer Villanelle.

In series one of Killing Eve, Eve becomes infatuated with assassin Villanelle.

Her obsession ultimately ruins her marriage to Niko, and puts his life in danger, too.

Series three sees Niko escape to Poland where his family is from, having spent time in rehab after Gemma’s death.

Dasha stabs him through the neck with a pitch fork.

Miraculously he survives, but wants nothing more to do with Eve.

Owen is not married, but he is loved up.

He lives in London with his British girlfriend Jill.

Although Owen is a private person, he has revealed that he has immense support from his partner.

He has also revealed he’d like kids one day.