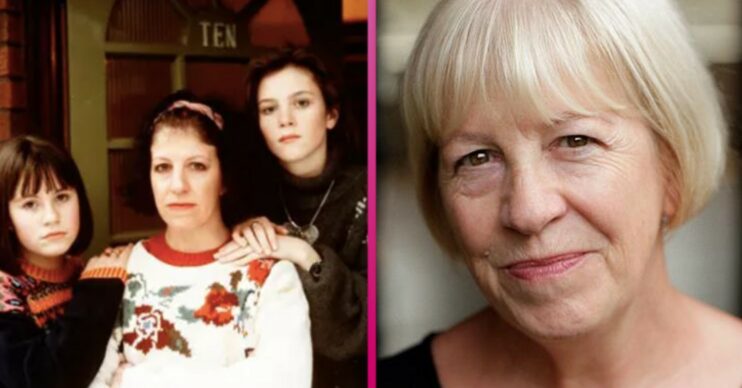 Silent Witness on BBC One: Is that Mandy Jordache from Brookside as victim’s mum? Yes it is!

Silent Witness viewers may well get a blast from the past during this week’s episode as soap legend Mandy Jordache pops up!

Well okay, not Mandy Jordache exactly, but the actress who played her for two years!

Here’s everything you need to know about actress Sandra Maitland and her characters past and present!

Read more: Scott in Silent Witness: Where have you seen Elliott Tittensor before and who is actor brother Luke?

Part one of episode Bad Love sees swimming instructor Laura killed by an intruder in her home.

Mandy Jordache in Silent Witness: What else has actress Sandra Maitland been in before?

As well as her infamous role as Mandy Jordache in Brookside, Sandra has appeared in dozens of TV dramas.

In fact, actress Sandra has been appearing on our TV screens ever since 1985.

Her first major role was as Julie in Peak Practice.

She went on to portray Veronica Marchant in Coronation Street – an unsuccessful applicant for the position of Rovers’ barmaid – and Jean Carter in Kinsey before winning the role that soap fans remember her for.

After playing Mandy Jordache in Brookside from 1993 to 1995, she has worked as a jobbing actress in roles such as Val Massey in Dangerfield and Kathy Stack in Casualty.

Sandra has appeared as four different characters in Doctors over the course of 10 years – including most recently Connie Pearce.

On radio, she had a regular role in Life with Lederer as well as An Oscar for Janice and Boomerang.

Who did Sandra Maitland play in Brookside?

Sadly it was her abusive husband Trevor Jordache who made Mandy’s character so memorable.

After years of abuse, Mandy finally did what the viewers wanted and got rid of her husband for good!

According to The Guardian newspaper, the death of Trevor Jordache in Brookside is one of the most incredible soap storylines of all time.

And his murder even became a saying in its own right – the body under the patio.

Mandy stabbed Trevor to death when she could no longer stand his beatings – and he’d turned on daughter Rachel, too.

And she buried him six feet under their garden patio with the help of window cleaner Sinbad.

However, an underground leak eventually led to the discovery of Trevor’s corpse.

Mandy and Beth went on the run to the Republic of Ireland, but were subsequently arrested in Dublin as wanted suspects for murder.

On return to Britain, Mandy and Beth were immediately charged with Trevor’s murder, launching the Free the Jordache Two campaign.

Ratings soared with Brookside achieving its highest ever viewing figures of 9 million.

In fact, the story was inspired by a real life case in Walsall, West Midlands, where a woman killed her abusive husband and buried his body under the patio of their house in 1990 – until it was discovered two years later.

How old is Mandy Jordache actress Sandra Maitland and where is she from?

Sandra Maitland was born in 1956 in Coventry, England.

She is currently around 65 years old.

See Sandra Maitland in Silent Witness on Monday and Tuesday September 12 and 13 2021 at 9pm.