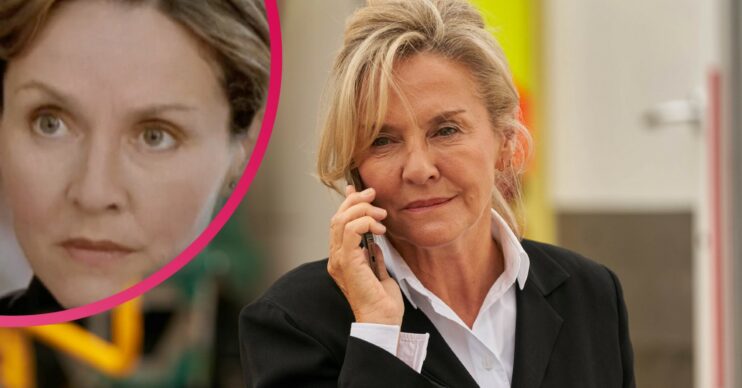 Silent Witness: Everything we know about Amanda Burton’s return for series 25

What a shock that was!

Silent Witness fans got the shock of their lives last night (Tuesday October 5) when original star Amanda Burton was shown in a trailer for the next series.

Series 25 of the show will mark the forensic crime drama’s 25-year anniversary.

And fans now know that original star Amanda will make a sensational return.

Going to be playing this on loop until we get S25 ! ! #SilentWitness pic.twitter.com/plRFn2xV4w

What did Amanda Burton do in Silent Witness last night?

At the end of the episode – and the 24th series – Nikki (Emilia Fox) walked back into her office and took a call.

The line was bad and she could hardly hear who was on the other end.

Read more: Silent Witness on BBC One – is it coming back for a series 25?

We cut to an ambulance, with sirens blaring in the background, and there standing at the doors was Sam Ryan.

Nikki looked shocked, but not as shocked (and delighted) as fans watching in their millions at home.

One person said on Twitter: “Very excited that Amanda Burton is returning to #silentwitness.”

Another added: “OMG we have the great Amanda Burton in the next series. I can’t wait!!!”

Who is Professor Sam Ryan in Silent Witness?

Silent Witness began on BBC One on February 21 1996, with a team led by Professor Sam Ryan.

Amanda, well known at that stage for her roles in Brookside and Peak Practice, starred as Sam for eight series.

She left the show after Sam decided to return home to Northern Ireland.

One of her family members became a suspect in a murder case.

It was then Emilia Fox’s Nikki Alexander who took over full time as the lead character.

What do we know about Sam Ryan and her return to Silent Witness?

We don’t know much about the plot for series 25 of Silent Witness, but we do know the anniversary story will be a shorter series than usual.

The BBC has confirmed that instead of the usual 10 episodes there will be six.

Amanda also gave a hint as to what’s in store for fans.

Read more: OPINION Why Silent Witness pair Nikki and Jack shouldn’t get together and the problem with will-they-won’t-theys

She said about her return: “I am so excited to be returning to Silent Witness and stepping back into Sam Ryan’s shoes – with a difference!

“Audiences can look forward to plenty of twists and turns as they discover what Sam’s been doing since leaving the Lyell.”