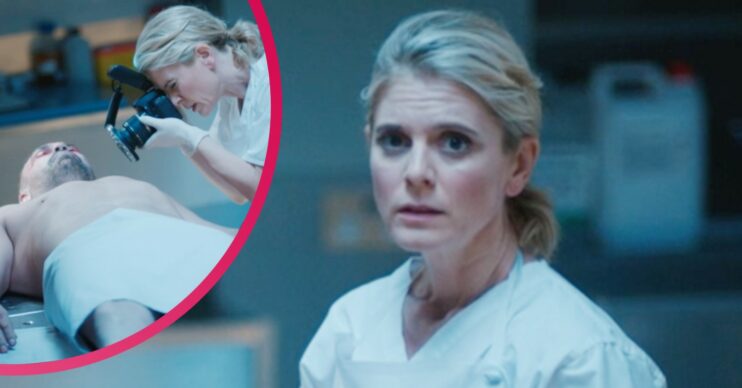 Did you notice the Silent Witness slip-up?

Silent Witness viewers are convinced they spotted a blunder as Dr. Nikki Alexander performed an autopsy on Tuesday night (May 24).

The hit crime drama is back on BBC One for its 25th series, featuring former star Amanda Burton.

Silent Witness: What did viewers say about the Nikki scene?

Nikki was joined by Jack Hodgson, Oscar Harris and DS Martine Chalal in the autopsy room.

As she inspected the victim in detail, many viewers believe they spotted the corpse’s eye move.

Taking to Twitter, one said: “Anyone else see the eye movement on that ‘dead’ guy in the PM room? #SilentWitness.”

#SilentWitness corpse blinks during autopsy – surely worth a retake ??

Anyone else see the eye movement on that ‘dead’ guy in the PM room? #SilentWitness

Read more: Silent Witness viewers issue warning to the BBC as Nikki and Jack finally get together

Meanwhile, a fourth believed the scene deserved to be taken again.

They wrote: “#SilentWitness corpse blinks during autopsy – surely worth a retake??”

The BBC One series returned to screens on Monday night, with Amanda Burton reprising her role of Professor Sam Ryan.

However, the actress has insisted that she won’t be staying.

She only agreed to return for season 25, and will not be coming back after that.

Did you see the corpse’s eye move in this scene?

Silent Witness continues on Monday 30 May at 9pm on BBC One.