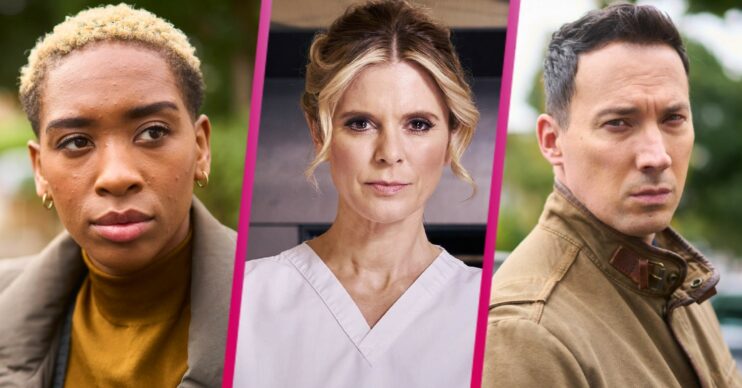 Silent Witness on BBC One: Will there be a series 26 and when will it start?

Series 25 has proved to be very popular with TV viewers...

Silent Witness series 25 has come to its dramatic conclusion – but will there be a series 26?

Many viewers will be left with a gaping hole in their Monday and Tuesday nights now the 25th anniversary series of the popular crime drama has ended.

Sadly, the most recent series was only 6 episodes long, instead of the usual 10.

So can Silent Witness fans expect to see another series?

Here’s everything we know so far…

Will there be a series 26 of Silent Witness?

Good news fans – we can confirm that there WILL be a series 26 of Silent Witness.

A BBC One spokesperson told ED! that there there will be another run of the hugely popular crime drama.

The forensic drama is already the longest running crime drama on TV.

The show has been running ever since 1996, when Amanda Burton portrayed lead pathologist Sam Ryan.

Of course, Silent Witness viewers know that Emilia Fox replaced her in 2004.

When will series 26 of Silent Witness start?

The BBC has not yet revealed when series 26 of Silent Witness will start.

The spokesperson told us there were “no details” of a transmission date as yet.

Some Silent Witness fans may feel short-changed by the anniversary series’ six episodes rather than the usual 10.

But they may have to wait another year until series 26.

The series generally begins in January.

Although recent series have been messed up as a result of the Covid pandemic.

We’re expecting to see Silent Witness series 26 start in January 2023, if not before (pretty please?).

Who will be in the cast of series 26?

Emilia Fox is almost certain to return as Dr Nikki Alexander in series 26 of Silent Witness.

The actress is the longest serving cast member since the departures of Tom Ward in 2012 and William Gaminara in 2013.

Although fans were sad to say goodbye to Amanda Burton’s character Sam Ryan, it soon became clear that Emilia Fox’s Dr Nikki Alexander was just the replacement the show needed.

It’s been 18 years since then, and Emilia Fox has portrayed Nikki for 172 episodes!

Luckily for fans, the actress has no intention of leaving the BBC One series.

She recently said: “I still adore being part of the show.

“I love it as much as ever.

“From day one, I’ve always said I’ll stay as long as I enjoy it, and I still really enjoy it.

“The audience and I have been through a lot together.

“I never take for granted the privilege of being part of Silent Witness.”

Emilia now acts as executive producer on the show, too.

At the end of series 25, Genesis Lynea was seen getting on a plane to Trinidad to meet her niece and nephew for the first time.

Sadly, she won’t be returning to her role as the popular Dr. Simone Tyler, so we’ll expect she’ll be replaced.

Of course, part of the series’ appeal is its revolving door of impressive guest stars and cameos too.

Watch this space for more information about the cast of Silent Witness series 26.

Why was series 25 only six episodes?

Yes, that IS four episodes short of a ‘normal’ series.

Fans will know that most Silent Witness series are 10 episodes long – with the exception of seasons 4 and 5 which consisted of 6 episodes.

But the storyline arc with Sam Ryan took place over six episodes for the 25th anniversary series.

Each episode was one hour long, and aired on Mondays and Tuesdays.

This was for the benefit of the special storyline involving Amanda Burton’s character Sam Ryan.

Rather than being a set of five stand-alone two-part episodes, the Sam Ryan storyline continued throughout the anniversary series.

And viewers were gripped!

How long will Silent Witness run for?

Executive Producer Lawrence Till believes the series can last for another quarter of a century.

He recently told us: “Absolutely. It will need to keep reinventing itself, but I think the show will survive for a very long time indeed.”

Meanwhile, Producer Nick Lambon said: “Goodness only knows what the advances in forensic technology will be and what speed it will be progressing at.

“I don’t know whether you’ll still be able to tell a story over two hours if there’s a special computer that can solve the mystery in five minutes.

“But I can’t see a reason why the show itself wouldn’t keep going [for 25 years].

“After all, it’s still getting huge audiences.

“Whether I’ll still be doing the job in 25 years is another matter.

She said: “I don’t know if they’d still want me!

“Still, they’ve just had Amanda back. Long may it last that they keep asking us back!”

All series of Silent Witness are currently available to watch on BBC iPlayer.